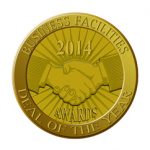 The $5-billion project–the largest and most advanced lithium battery facility in the world–will feature a 5-million-square foot manufacturing plant that will be fully powered by solar energy and directly create 6,500 jobs with an average wage of more than $25 per hour. EDAWN estimates the project will have a direct economic impact on the Greater Reno Tahoe Region of $100 billion over the next 20 years.

Washington State’s down-to-the wire success in retaining Boeing’s 777 assembly production earned the Silver Award for the Washington State Department of Commerce in the annual Deal of the Year contest. Nearly two dozen states threw their hats into the ring when the aircraft giant signaled it might relocate its primary production hub during negotiations over a new contract with the machinist’s union.

The state stepped in with a huge long-term incentives package and the union accepted a new contract that secured nearly 30,000 direct and indirect jobs with an annual economic impact of more than $14 billion. As a result of the deal, Boeing’s 777X and composite wings will be manufactured in the hub centered in Everett, WA.

The Pennsylvania Department of Commerce and Economic Development took the Bronze Award with Comcast’s Innovation & Technology Center in downtown Philadelphia. The project is creating 8,937 jobs and $395 million in wages in its first year, with an estimated economic impact of $1.18 billion.

The project is centered on a $1.2-billion, 59-story office tower that will become the dedicated home for Comcast’s workforce of technologists, engineers and software architects. The complex in the Center City district of Philadelphia will include a new Four Seasons hotel, two television studios and incubator space for local technology startups.