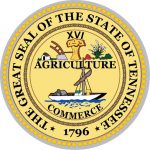 Business Facilities has announced an unprecedented result for its top annual award: TENNESSEE has become the magazine’s first back-to-back STATE OF THE YEAR winner. Tennessee, which previously won the top award in 2009 and 2013, is also the first state to win three of BF‘s annual State of the Year designations in the magazine’s awards competition, which began in 2007.

“We thought it would be hard for the Volunteer State to match last year’s performance, but the folks in Tennessee keep reeling in one mega-project after another,” said BF Editor in Chief Jack Rogers. “Most impressive, Tennessee seemed to pick up momentum as it went along.”

TN’s top five projects in 2014 netted nearly 8,000 new jobs, including the hotly contested Volkswagen expansion and a new Under Armour distribution center. In the last two months of 2014, the state added to this tally with three major announcements: Bridgestone’s headquarters relocation, a 3M manufacturing facility and a Target fulfillment center.

“Tennessee is one of a handful of states that has clearly made economic development priority no. 1,” Rogers said. “With a powerhouse automotive cluster, world-class infrastructure and the nation’s most improved education system, we could be looking at a State of the Year dynasty in the making.”

Rogers cited Tennessee’s successful execution of a diversified growth strategy, as well as its emphasis on infrastructure and education, as key factors in securing consecutive victories in the competition for BF‘s top honor.

“For two years in a row, Tennessee has notched one of the strongest across-the-board showings in our annual State Rankings Report,” Rogers added.

In BF‘s 2014 Rankings Report, TN finished first in the Education: Race to the Top leaders category. Tennessee received $500 million in funding from the federal program and was cited by the U.S. Department of Education as a national leader in the implementation of educational reforms mandated by the program.

Tennessee also has been the top state for Automotive Manufacturing Strength for four of the past five years. In 2014, the state fended off a challenge from competing locations including Mexico to secure a major expansion of Volkswagen’s automotive assembly facility in Chattanooga.

Tennessee has augmented its geographic advantage as a centrally located state with world-class infrastructure that offers timely distribution by air, rail, land and water, including the nation’s leading Aerotropolis hosting the FedEx air cargo hub in Memphis. The state also has been a leader in the installation of high-speed broadband networks, with Chattanooga offering gigabit service.

Tennessee nailed down BF‘s 2013 SOTY crown with a solid mix of top projects that created 6,900 jobs and lured millions in investments from overseas producers for new and expanded U.S. manufacturing facilities. The state snared the top prize from South Korea, tire producer Hankook’s first U.S. plant, an $800-million investment that will bring 1,850 jobs to Clarksville-Montgomery County over the next five years. Nissan added 900 workers in Smyrna, TN last year to produce the popular Rogue SUV crossover; Alcoa invested $276 million to double capacity at its Blount County facility to meet growing demand for aluminum sheet in the automotive sector.

Tennessee earned BF‘s 2009 State of the Year honors after landing some of the most hotly contested economic development projects of the past decade, including Volkswagen’s decision to put its $1-billion North American assembly facility in Chattanooga and $3 billion worth of investments in plants to produce polysilicon, the raw material used in solar panels and semiconductors.

Tennessee’s burgeoning automotive sector includes nearly 1,000 companies, employs more than 115,000 workers and has an economic impact of more than $35 billion.