By Shana Daley
From the September/October 2014 issue

Expanding businesses are continually examining where the best places might be to locate new facilities, serve new markets and find the right talent to serve their customers. Increasingly, businesses are turning to Iowa.

Iowa consistently ranks as one of “America’s Top States for Business”—a reflection of the state’s long history of collaboration with business and industry, fiscal stability, a productive workforce and a high quality of life.

Favorable real estate costs, utility rates and low workers compensation insurance costs are among factors that prompted both CNBC and Forbes to rank the Hawkeye State among the national leaders in terms of low cost of doing business, which creates greater opportunities for businesses to operate profitably. The state also has one of the healthiest budgets among the 50 states and a near-perfect credit rating that allow Iowa to maintain a stable tax structure for businesses.

These attributes have led to recent, significant corporate expansions in Iowa.

Importing and exporting cargo from Iowa to other U.S. locations or to countless worldwide destinations is conducted efficiently. The state has a reliable rail system, several regional airports and three major U.S. Interstate systems (I-29/I-80/I-35). Plus, the Mississippi River forms Iowa’s eastern border, providing Iowa companies the ability to transport goods by barge to and from the Port of New Orleans.

While solid infrastructure and low operational costs are very important to businesses, access to skilled workers is absolutely vital. CEOs continually report that the productivity and commitment of their Iowa employees allow them to invest in and grow their businesses. Nearly 33 percent of Iowans ages 25 to 34 hold bachelor’s degrees. Iowa universities graduate 1,500 engineers each year. Plus, the state’s community colleges collaborate with and adapt technical program curricula to meet employers’ workforce needs. These factors allow Iowa to meet businesses’ growing needs for highly skilled workers. And the state offers attractive tax incentives for businesses to invest in research and development.

Iowa employees bring talent and commitment to the job, and they also benefit from an affordable quality of life. According to the Bureau of Labor Statistics, Iowa’s cost of living is approximately 9 percent less than the national average, allowing Iowans to stretch their take-home pay and live the lifestyle they want. Plus, the average commute time of 19 minutes gives something money can’t buy—time. Time to coach Little League, volunteer or squeeze in a bike ride along the river.

So, if you’re looking for a premium business environment to collaborate and move your business forward—take a closer look at Iowa. Visit www.iowaeconomicdevelopment.com to learn more. 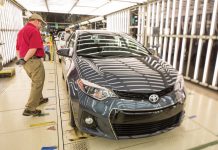 State Focus: Mississippi’s Got It All 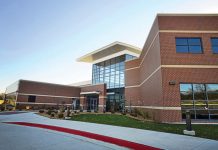 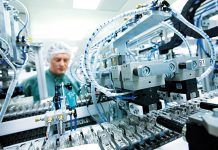