Energy Upgrade California® has joined with the California Air Resources Board (CARB) to announce the winners of the CoolCalifornia City Challenge, a competition among 10 cities in the state to reduce their carbon footprint and better manage energy use.

In a hard-fought battle, the city of Riverside edged out second-place Claremont to be crowned the state’s “Coolest California City.” Claremont and third-place Rancho Cucamonga each were named “Cool California Cities.”  All cities were judged based on the points individual households, small businesses and teams earned for their community by tracking their energy use and vehicle emissions since April 1, 2014.

“The CoolCalifornia City Challenge was a fun and engaging initiative that made an immediate impact on the way communities in the state used energy and generated awareness for our state’s ambitious energy management goals,” said Regina Marston, Senior Manager, Energy Upgrade California. “Energy Upgrade California congratulates the top three cities and all participants for doing their part to help California Stay Golden.”

“This year’s competition was impressive, engaging thousands of households and civic groups in simple actions to fight climate change and save money at the same time,” ARB Chairman Mary D. Nichols said. “The CoolCalifornia City Challenge once again demonstrated the important role that cities play in the state’s efforts to fight climate change and move us toward a cleaner, sustainable economy.”

This year’s participating communities included Arcata, Burlingame, Claremont, Corona, Chula Vista, Long Beach, Lynwood, Mission Viejo, Rancho Cucamonga and Riverside. The participating cities will each receive a portion of $100,000 in prize money based on their total points, with the winning city, Riverside, receiving $32,950–the largest amount.

“While we are celebrating the success of all the cities during the challenge, all of the participants share the belief that energy management is not an event for just a few months, it is an important way of life,” said Marston. “We encourage everyone to join in the effort of energy management, and EnergyUpgradeCA.org is the source for information, tools, and programs Californians can access today to manage energy efficiently, save money, and make their homes more comfortable.”

The CoolCalifornia City Challenge is a partnership between the California Air Resources Board and the University of California’s Renewable and Appropriate Energy Laboratory. This year’s Challenge was made possible in large part by Energy Upgrade California. 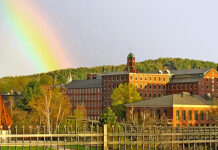 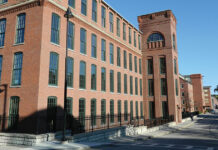 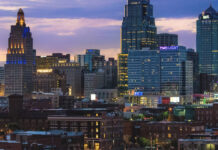