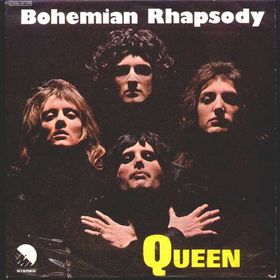 Loyal BF Blog readers know we’ve been tracking the exponential proliferation of drones in U.S. airspace. Despite our repeated warnings, this invasion is occurring before U.S. government officials have figured out how to protect commercial aircraft, power lines and your backyard privacy from hobbyists, juvenile delinquents, Jeff Bezos, Rupert Murdoch and a host of other nefarious characters who have their drone air forces on the runway.

You may remember we also sounded the alarm about the impending arrival of driverless cars on America’s highways.

If you’ve memorized our blog posts, you know we attempted to reveal a sinister plan that involves deploying a robot army of these mechanized devices on land and in the air to spirit all of us carbon-based organisms to mass “rehabilitation” centers that have secretly been constructed on former ballistic missile launch sites in the Great Plains. [Before you read the rest of this update, remember this: the plan involved luring us into driverless cars by plying us with alcohol and then mesmerizing us by blasting Bohemian Rhapsody out of 16 speakers in the robot car.]

In our last update, we were about to urge you to join our Resistance Movement to stop this nightmare scenario when our transmission was mysteriously interrupted. We don’t remember anything that happened in the 23 days that followed.

But now comes word that the smartest man in the world has told the BBC what will happen when the machines get smarter than him. Hint: it’s an apocalyptic outcome. Fortunately, a few hours later, one of the greatest guitar players in the world–also based in Britain–produced an epiphany which may offer a way for the human race to avoid this terrible fate. No…wait for it…we’re not making this up.

Prof. Stephen Hawking–yes, the same Stephen Hawking who sent a letter to President Obama last year begging to be sent to Mars to preserve the species after the impending die-out of the human race on Earth due to nuclear war and bioterror–told the BBC this week that “the development of full artificial intelligence could spell the end of the human race.”

Prof. Hawking, who has amyotrophic lateral sclerosis (ALS, also known as Lou Gehrig’s Disease, for the Hall of Famer who died from it), let this bombshell slip when he was answering a reporter’s question about an Intel upgrade to the basic AI software Hawking uses to communicate.

According to the BBC report, the world’s smartest man says the primitive forms of artificial intelligence developed so far have been relatively benign and useful, but he warns that letting AI programs surpass human intelligence would have catastrophic consequences for humans, “who are limited by slow biological evolution.”

“It would take off on its own and re-design itself at an ever-increasing rate,” Hawking told the BBC. The silicon-based mega-brainiacs would quickly supersede us carbon-based organisms and decide we’re totally superfluous, then move us into physical “trash files” for deletion. [Editor’s note: Tesla founder Elon Musk raised a similar concern during a recent interview about his electric cars, but nobody–including us–took him seriously because what would a genius who figured out how to mass-produce electric car batteries know about artificial intelligence, right?]

Thanks to Prof. Hawking, we now know when the drone-and-driverless-car kidnapping scheme outlined in the BF Blog will be deployed–and we know the end-game will be much worse than “rehabilitation.”

But since we like to end our posts on a positive note, we were very pleased to learn of a potential solution as we prepared this update. The positive news (warning: it doesn’t sound positive when you read it the first time) came from Britain’s royal astronomer, Lord Rees, and another British astrophysicist, Dr. Brian May, in a joint interview with the Financial Times.

Does the name Brian May sound familiar? It turns out Dr. May was a guitarist with the rock band Queen before he went back to school to get his PhD. [Yeah, we know–Bohemian Rhapsody–sometimes we scare ourselves with how clairvoyant the BF Blog can be.]

The two British astronomers said the global effort to locate and track “Earth-killer” asteroids has succeeded in identifying most of the largest space rocks (1 kilometer in diameter) with the potential to destroy every living thing on our planet, also known as an “extinction event.” However, Lord Rees and Dr. May warned we’ve only located about 1 percent of the medium-sized asteroids that could destroy entire countries without wiping out the world. They called for a massive scale-up–and speed-up–of the global search for incoming asteroids.

The Bohemian Rhapsody connection made us scrutinize this interview closely, because–obviously–it’s linked in some way to our looming AI-driven apocalypse. Suddenly, it hit us, like a Papa John’s pizza-delivery drone that’s lost it’s way:

The asteroid-deflection systems we’ll be building in the near future initially will be under human control. As the smarter-than-human AI systems download themselves to a secret server base in Kazakhstan to plan our demise, we can deflect an incoming medium-sized asteroid to the coordinates of their mega-data center–