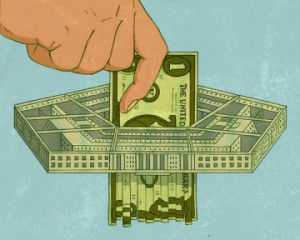 Since our mission is to chronicle economic development efforts across the globe, we see the good and the bad, just about all of it. In our annual rankings and ED awards, we shine our spotlight on the best of the best.

We try not to expend too much ink on the folks at the other end of the spectrum, but occasionally something so odious crosses our desk that we just can’t look the other way. So, just in time for our favorite holiday, comes news of one of the largest economic development turkeys we’ve encountered to date.

As the U.S. prepares to wind down its operations in Afghanistan at the end of this year, the Pentagon is taking stock of what’s been accomplished during America’s longest war. What, you ask, does this have to do with economic development?

Well, it turns out that a special Defense Department unit known as the Task Force for Business and Stability Operations (TFBSO) has spent the past decade running an economic development program in Afghanistan aimed at fostering industrial development, mining and private investments. Emphasis on the word “spent”–as in an $800-million agency running a $120-billion “reconstruction” effort.

This week, the head of the U.S. Special Inspector General for Afghanistan Reconstruction unit (yes, he goes by the acronym SIGAR) cleared his throat and announced that a preliminary review he’s conducted of the TFBSO program has revealed that it “accomplished nothing.” Nada, zilch, zero.

“We have gotten serious allegations about the management and mismanagement of that agency, as well as a policy question about what they were doing and whether they should have existed,” SIGAR chief John Sopko told the ArmyTimes.

He didn’t stop there. Sopko branded the U.S. government’s economic development efforts in Afghanistan “an abysmal failure” which lacked a single leader, a clear strategy or accountability. SIGAR’s numero uno (let’s call him The Big Stogie) says he now intends to conduct an “in-depth” investigation into this failure.

Untapped mineral wealth in Afghanistan is estimated to be worth at least $1 trillion, but the country’s barely functioning government only recently has begun to cobble together laws regarding mine ownership and related contracts which may establish a transparent bidding process. So the raw materials have remained underground, while the most lucrative part of Afghanistan’s economy remains above ground (and illegal): the poppy crop that produces opium, which is fueling an ongoing heroin epidemic in America.

Rampant corruption combined with a lack of security and poor technical resources have undermined the $120-billion investment the U.S. has made in reconstruction in Afghanistan, the largest single foreign aid project we’ve ever attempted. There’s little to show for the tens of billions we’ve already spent; our new security agreement with the Afghan government will keep this greenback spigot open for another decade.

Sopko cited the Pentagon’s expenditure of $486 million to supply 20 large transport planes for Afghanistan as an example of the wanton waste of the DOD program. The jumbo fleet sat unused on a tarmac in Kabul covered with blowing sand until the DOD scrapped them, selling them off for $32,000 each.

Yeah, putting the Pentagon in charge of an overseas economic development program bigger than the Pyramids was a brilliant idea.

Just ask the guy in charge of the California facility in the Mojave Desert where we spend more than $200 million per year to store 5,000 obsolete U.S. tanks in case they’re needed to defend the Alamo.