There’s been a lot of handwringing this summer over the tax-avoidance schemes of major U.S. corporations. What seems like a continuous parade of big players have been engineering mergers or acquisitions in other countries so they can duck America’s onerous 35-percent corporate tax rate.

The latest U.S. businesses to get their international tax-ducking mojo working include Burger King, which soon will claim Canada as its home after joining forces with Tim Horton’s (the Dunkin’ Donuts of the frozen tundra, with better donuts); Minneapolis-based Medtronic, the medical device leader, which has agreed to acquire Covidien of Ireland; and Applied Materials, which is buying Tokyo Electron so it can base its HQ in the Netherlands (go figure).

Perhaps the biggest intercontinental announcement is yet to come. Pfizer, the pharmaceutical giant based in NY and NJ, reportedly is in talks to merge with British drug behemoth AstraZeneca, an engagement which may attract the scrutiny of antitrust regulators on both sides of the pond.

Tax consultants have an opaque term for these get-under-the-corporate-tax-bar limbo dance moves: inversions. We’ve got a better word for some of the people engaging in this unsavory practice, and it starts with a T. Think Benedict Arnold.

Much of the debate about the inversion trend has centered on how upstanding taxpayers–and the entities that represent them (like state and local governments, and pension funds)–can collectively organize ways to force corporations to rethink their foreign tax-avoidance adventures. Some are advocating the old-fashioned “let’s shame them into submission” route, including U.S. Sen. Carl Levin of Michigan, who recently suggested that an averse public reaction to Burger King’s move could “more than offset” any benefit the fast-food titan gains from its move to Canada.

We hate to break this to you, Carl, but the average dude waiting in line for a Whopper isn’t thinking about the fiduciary responsibilities of the corporation that’s grilling the ground cow. He’s wondering if the guy behind the counter will remember to give him a large order of fries (and hoping there are a few Rolaids left in the glove compartment of his Subaru).

President Obama, with an eye on the November election, is using his bully pulpit to urge Congress to penalize corporate tax evaders. But since this is an election year, the odds aren’t great that Congress will bother to meet, much less act, on anything.

Perhaps the most pro-active move to date has come from Shirley Turner, a New Jersey state senator, who has proposed legislation that would forbid NJ’s state pension board from investing in companies that are involved in inversion deals. However, the director of Florida’s State Board of Administration (which manages a $150-billion pension fund) has pointed out that state pension managers have an obligation to get the best return on investments they make on behalf of retired state employees. There’s no denying that tax aversion schemes can at least temporarily prop up the share prices of the companies engaged in the inversion.

Some our favorite red-blooded capitalists surprisingly have joined the anti-inversion bandwagon. Web entrepreneur Mark Cuban, the billionaire investor and blustering owner of the Dallas Mavericks NBA franchise, recently declared in a Twitter post that he would sell any stock he’s holding in a company that moves offshore for tax reasons.

“When companies move to save on taxes, you and I make up the tax shortfall elsewhere,” Cuban tweeted.

Bravo, Mark, but we’ve got a quick question for you: Does Dirk Nowitzki, the Mavs all-star center, pay his taxes in the U.S. or Germany?

Public-spirited folks who admirably want to shame the big inversion players into paying their fair share of U.S. taxes would do well to remember Lee Iacocca’s famous “Made in America” ad campaign as the CEO of Chrysler. When Iacocca took the helm of Chrysler in the 1970s, the auto giant needed a federal bailout to avoid bankruptcy. After Congress approved a then-unprecedented $1.5-billion loan package for Chrysler in 1979, Iacocca hatched a brilliant “Made in America” pitch that wrapped the automaker’s vehicles in Old Glory. The super pitchman made it sound like we all had a patriotic duty to buy K-car minivans so Chrysler could repay its federal loans ahead of schedule.

Alas, all is not what it appeared to be. As the rusting Plymouth Voyager sitting under a tarp at the end of our driveway can testify, Lido Anthony Iacocca was not telling the truth, the whole truth and nothing but the truth when he barked out his “Made in America” spiel. When you crack open the hood of an old Plymouth Voyager or Dodge Caravan, there sits a Mitsubishi engine from the Land of the Rising Sun.

No, an old-school effort to shame the inverters probably isn’t gonna work. But here’s something that might:

Let’s revoke the citizenship of the unpatriotic CEOs of all the inverted U.S. corporations. And tell the mighty Burger King he’s got to trade his paper crown for a hockey goalie’s mask with a big Tim Horton’s donut on it.

Oh, and tell Fiat it’s got to stop calling its Chrysler subsidiary a “U.S. automaker.” 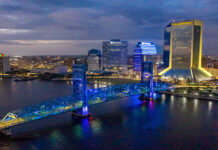 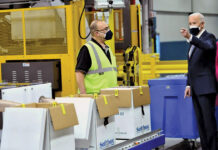 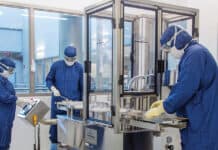