The fundamental technology for infusing intelligence into the power grid has been in existence for years – more than a decade, in some cases. Today, the market for smart grid technologies is evolving rapidly as the need for a more responsive, automated, and efficient power grid rises worldwide. According to a new report from Navigant Research, cumulative worldwide spending on smart grid technologies will total $594 billion from 2014 through 2023.

“The benefits of smart grid technology are becoming increasingly measurable, in terms of both economic benefits and improved grid reliability,” says Richelle Elberg, senior research analyst with Navigant Research. “Government mandates and growing challenges to grid stability, such as aging infrastructure, electric vehicle charging, and distributed generation, are contributing to increased spending on everything from smart metering systems in the field to new IT systems in the operations center.”

One of the major developments of the last year, according to the report, is that intelligence is increasingly put into grid devices rather than in the operations center, and analytics are moving closer to the data; in other words, the “smart” is moving outward, to the edges of the grid. Distributed intelligence offers two major benefits to utilities. First, it alleviates the data flow to central control, placing less stress on communications networks. Second, distributed intelligence allows for faster – virtually instantaneous in some cases – response, which may help reduce outage times.

The report, “Smart Grid Technologies,” analyzes the global market for smart grid technologies, with a focus on transmission upgrades, SA, DA, information and operations technology (IT/OT) software and services, and advanced metering infrastructure (AMI). It provides a detailed analysis of the market drivers, challenges, and trends, as well as regional and country factors, for each smart grid technology segment. Global market forecasts for revenue, broken out by technology, application, component, and region, extend through 2023. The report also provides profiles of key grid infrastructure vendors and includes information on 150-plus other types of companies, major global utilities, and smart grid-related industry associations. An Executive Summary of the report is available for free download on the Navigant Research website. 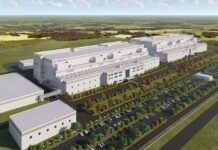