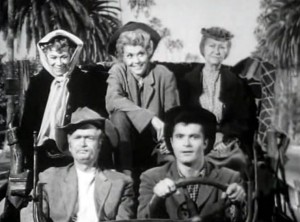 As we’ve mentioned a few times in this space, North Dakota has given us plenty of reasons in recent years for consideration as our top-ranked state for economic growth potential. The Peace Garden State (yes, it’s still our favorite state nickname), awash in shale oil, is approaching full employment. State coffers are bulging with surplus revenue from the oil boom.

But, at the same time, ND keeps stumbling over lingering hurdles that make us wonder whether the folks in the northern Plains are ready for prime time.

First, it was not enough housing for the oilfield workers who were pouring into the state, forcing many of them to sleep in their vehicles. This seemed like a serendipitous problem to have in the middle of the Great Recession, but it’s a bit of an embarrassment when it still hasn’t been addressed in the midst of a recovery.

Then, as we recently reported here, efforts to deploy the revenue surplus to diversify ND’s industrial mix have been stymied by a shortage of skilled workers. Yes, it’s possible to have too many workers in one sector and not enough in another. Wildcatters manning the fracking rigs in the Bakken field can’t just take off their hardhats, don lab coats and sign up for the next biotech start-up.

Now comes news that North Dakota is running out of rail cars and doesn’t have enough rail lines to efficiently use the freight haulers it has. You can find the cause of this problem in the same place you can find the engine of ND’s success: Up through the ground came a bubblin’ crude. Oil that is, black gold, Texas tea. (OK, we’ll stop channeling Jed Clampett here).

If you think we’re piling on by revisiting the Peace Garden State’s shortcomings, consider this: everyone may have trouble finding their next box of Cheerios on grocery shelves if ND’s rail problem isn’t fixed soon.

Because our leaders in Washington still are debating the wisdom of building an oil pipeline down through the middle of America, just about the only way to get North Dakota’s crude to far-off refineries is to ship it by rail. Since crude oil is a lot more valuable than winter wheat, oil shipments are getting priority over grain shipments, hogging most of the available rail cars. Worse, even if they rustle up more rail cars, there aren’t enough rail lines in ND to handle the needs of farmers and oil companies at the same time.

According to recent reports, North Dakota’s largest railroad–Burlington Northern Santa Fe (owned by Warren Buffet)–currently has a backlog of 1,336 rail cars waiting to ship grain and other products. Another shipping giant, Canadian Pacific, has indicated it will be unable to fulfill requests from farmers and others for 30,000 rail cars before October.

Cereal giant General Mills, maker of Cheerios, says it lost 62 days of production between December and the end of February due to the logistics problem up north. The rail backlog in ND is doing more than gumming up the cereal supply chain nationwide: it’s also creating oversupply in the local market, costing ND farmers an estimated $190 million due to depressed prices.

The prospect of an empty bowl where our daily serving of Fruit Loops is supposed to sit compels us to serve up this unappetizing morsel as food for thought:

The U.N.’s panel of climate change experts, finalizing its recent apocalyptic report on the looming global disaster, now says the melting of Greenland’s ice pack is probably irreversible and ultimately will raise sea levels by an astounding 23 feet in future decades.

It might be a good idea to leave the oil in the ground and stock up on Cheerios. We just have to make sure we put the pantry on high ground.