“With a growing, well-educated population and a great quality of life, Utah’s potential seems to be unlimited,” said BF Editor in Chief Jack Rogers. “The Beehive State is successfully executing a well-crafted strategy that targets key growth sectors. Some of the biggest players in the IT/software industry have put down roots in Utah, guaranteeing robust job creation for years to come.”

“If North Dakota’s burgeoning surplus is used to support diversification of its economic development efforts, the Peace Garden State should be able to grab our growth crown within a couple of years,” Rogers said. “However, the state must address its ongoing workforce availability issues. Having more jobs than workers is not an unhappy situation, but the development of an adequate pool of skilled workers is critical to future growth.”

Pennsylvania surged into 7th place in the magazine’s annual assessment of state growth potential, up from no. 9 in 2013. A bevy of mega-projects have moved to fruition in PA, including Comcast’s new $1.2-billion Innovation and Technology Center, which is expected to create nearly 4,000 permanent jobs in Philadelphia.

“With record investments in education, a commitment to improve its infrastructure with ample transportation funding, an improved business climate and abundant low-cost energy, Pennsylvania’s growth potential is strong,” Rogers said. “We expect the Keystone State to keep moving up the ladder in this flagship category. Pennsylvania has thrown down a marker to the top tier declaring its intention to join the club of national leaders.”

New York, which is aggressively courting tech startups with 10-year tax credits, also breaks into the top 10 at no. 10.

“The Empire State has served notice that its glory days are not behind it,” Rogers said.

Here are the top 10 states in Economic Growth Potential: 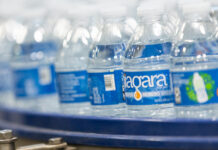