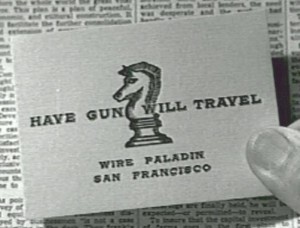 In the wake of the Sandy Hook school massacre in Newtown, CN, several states moved to toughen their gun regulations.

In the months after the December 2012 atrocity, New York, Connecticut and Maryland enacted broad new bans on assault weapons. Delaware passed a law requiring universal background checks. Colorado, still absorbing the impact of a massacre in a movie theater in Aurora when the carnage in Newtown erupted, adopted background checks and a ban on high-capacity magazines.

The response from gun makers based in these states can be summed up in two words: “We’re leaving.”

New York-based firearms producers including Remington Arms, Kahr Arms and American Tactical Imports each decided to expand or move into more gun-friendly states, as did their brethren in Connecticut, including Mossberg, Ruger, Colt, Stag Arms and PTR Industries. In Colorado, firearms maker Magpul Industries announced it would relocate in response to the CO ban on high-capacity magazines.

Magpul’s announcement prompted a welcoming tweet from Texas Gov. Rick Perry: “Come on down!” The company returned Perry’s embrace and decided to move to Texas. The Lone Star State also will be the new home of expansion factories owned by Mossberg and Colt.

This week, the other shoe dropped in Maryland, where Beretta U.S.A. announced it will move its manufacturing facility to Tennessee due to concerns over the strict gun-control law enacted in MD. Beretta is building a new $45-million production facility in the Nashville suburb of Gallatin; the plant will open next summer, creating 300 jobs.

The Maryland law bans 45 different assault weapons and limits magazine capacity to 10 bullets. It also includes a licensing requirement for handgun purchasers to submit fingerprints to the state police. Soon after it was enacted, Beretta protested that provisions in the measure would prohibit it from being able to produce, store or even import into the state products that the company sells worldwide. Maryland legislators quickly revised the law to remove some of the offending provisions, but the Italian gun maker said the possibility these restrictions could be reinstated led it to finalize the move to Tennessee. Beretta says it will maintain existing administrative offices in Accokeek, MD.

Firearms manufacturing isn’t the only industry in which site selection choices are being impacted by public policy decisions and/or new laws and regulations.

In November, Colorado voters likely will get a chance to decide whether to outlaw fracking operations that are less than 2,000 feet from a residence. The current restriction is 500 feet. The natural gas industry says expanding this zone to 2,000 feet would amount to a complete fracking ban in many areas in CO.

Another initiative that may make it onto the ballot in Colorado would allow more stringent local environmental regulations to override weaker state rules, effectively allowing communities to outlaw fracking. The oil and gas industry employs about 30,000 people in Colorado, but the Rocky Mountain State also has a strong tradition of support for quality-of-life measures, so CO could become the first state to formally rein in fracking.

Meanwhile, in Tampa, FL, new regulations posted by the federal Food and Drug Administration are threatening to shut down the last remaining cigar factory in what has been known for more than a century as Cigar City.

The FDA is planning to extend regulations governing cigarette manufacturers to all forms of tobacco products. The new rules would require the FDA to monitor, inspect and provide detailed lists of the ingredients used to produce these products, with the cost of implementation falling on the manufacturer.

J.C. Newman Cigar Co., the last operating cigar factory in Tampa’s Ybor City neighborhood, says it may have to shut its doors if the new FDA rules go into effect.

Cigars transformed Tampa from a tiny fishing village of 700 in 1885 into a city of more than 100,000 by 1920. In its heyday, Cigar City was home to 159 stogie factories employing 13,000 cigar rollers and tobacco strippers who produced about 500 million cigars. Since 1980, Tampa’s cigar production has been winnowed by a non-stop migration to Latin America.

Perhaps the cruelest blow to Tampa’s heritage was the recent decision by Hav-A-Tampa to shut down operations after 107 years of producing cigars in its namesake city. Hav-A-Tampa’s owner, Altadis USA, reportedly attributed a 30-percent drop in sales to the State Children’s Health Insurance Program (SCHIP), a federal tax that provides low-income children with health insurance. The company claims the SCHIP tax forced it to mark up the price of its cigars by 50 percent.

There’s one thing we can say with certainty about relocations induced by not-in-my-back-yard laws and regulations: facilities that pull up roots in places that suddenly are not so friendly to them will be welcomed by other locations that have no qualms about what they’re producing.