Walmart has announced plans to locate an eCommerce fulfillment center in Plainfield, IN, creating up to 303 new jobs by 2016. The Bentonville, AR-based company will construct and equip a new 1.2 million square-foot facility, which will allow the company to process and ship orders for its online operation. The center will be operational in early 2015 at the AllPoints Midwest distribution park developed by Indiana-based Duke Realty and Browning. 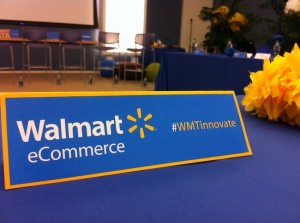 “Walmart would be hard pressed to find a stronger business climate and commitment to lower taxes and less regulation than the environment offered in the Hoosier State. We are thrilled to welcome this global company’s growth in Indiana, a state that works,” said Gov. Mike Pence.

Walmart, which currently employs 2.2 million associates worldwide, including more than 36,000 in Indiana, plans to begin hiring for full-time positions at the new fulfillment center in October.

“By combining large-scale online fulfillment centers with Walmart’s distribution centers, world-class transportation network and 4,200 stores, we have the ability to get incredibly close to our customers to deliver orders faster and at a lower cost,” said Brent Beabout, senior vice president of supply chain and logistics for Walmart Global eCommerce. “This center alone will allow cost-effective delivery to more than 160 million people in just one to two days.”

The Indiana Economic Development Corporation offered Wal-Mart.com USA LLC up to $2,930,000 in conditional tax credits and up to $200,000 in training grants based on the company’s job creation plans. The town of Plainfield will consider additional incentives at the request of the Hendricks County Economic Development Partnership.

“Plainfield is pleased to welcome Walmart to Plainfield in the AllPoints Midwest industrial business park,” said Robin Brandgard, president of the Plainfield Town Council. “We are confident they and their employees will find Plainfield to be a community of values with an excellent quality of life.”