Home » Site Selection » Business Clusters/Corridors » All the Way Back 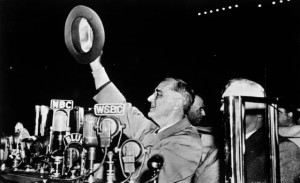 We’ve finally crawled up over the lip of the giant crater.

In the beginning of April, the United States–after five agonizing years of triage on a severely wounded economy that sputtered, in fits and starts (and full stops, thanks to a destructive political stalemate in Congress), and eventually staggered to its feet–has managed to recover all of the jobs lost during the Great Recession.

Yes, several states still are lagging behind pre-Recession employment levels. But in terms of aggregate employment nationwide, the U.S.A. is back to where we were before the nightmare began.

Erica L. Groshen, commissioner of the federal Bureau of Labor Statistics, broke the good news at a recent hearing of the Joint Economic Committee on Capitol Hill in Washington. A solid surge of new jobs in March and upwardly revised estimates for January and February put us over the top.

The Recession technically began in late 2007, as the housing bubble began to wobble and the financial sector’s three-card Monte scheme of bundled securities started emitting a rotten odor. By the summer of 2008, as housing prices stalled and house flippers hunkered down in their last purchase, the realization took hold that the slide had begun.

Then came the unforgettably scary fiscal storm that arrived with a thunderclap in September 2008, when a conclave of CEOs from the some of the largest banks in the world and Tim Geithner (then head of the Federal Reserve of NY) were summoned by U.S. Treasury Secretary Hank Paulsen for an emergency weekend summit in lower Manhattan to try to prevent the collapse of Lehman Brothers.

They failed, allegedly when British banking giant Barclays quibbled over the fine print, according to Paulsen’s memoirs (echoed in Geithner’s new book–which should be titled Don’t Blame Me). The following morning, when U.S. financial markets opened, history’s first all-electronic run on the banks began, a full-scale panic that couldn’t be stopped by taking a page out of FDR’s playbook and physically locking the doors of all of the banks.

By the end of the next day, nearly $5 trillion in financial assets had been sucked out of money-market accounts and the largest investment banks in the world–most of whom had transformed themselves into speculative casinos to inflate the housing bubble–teetered on the edge of the abyss. The panic triggered the closest thing to a global financial collapse since the 1929 stock market crash that spawned the Great Depression of the 1930s.

The Recession technically ended in the summer of 2009, but the catastrophic loss of jobs did not peak until the end of that year. Between Dec. 2007 and the end of 2009, an estimated 8.8 million U.S. jobs were lost. Since then, as of April, U.S. businesses and nonprofits have hired 8.9 million people.

Before you pop the champagne corks, consider this comment from Heidi Shierholz, an economist at the Economic Policy Institute think-tank: “[This is] a pretty meaningless benchmark economically.”

The reason for Heidi’s hefty dose of cold water is a national unemployment rate still hovering at an uncomfortable 6.7 percent and, more importantly, the fact that employment growth has not kept pace with population growth. A consensus of experts pegs 225,000 new jobs as the monthly benchmark we must hit or surpass to achieve sustainable growth. In recent months, we’ve sporadically begun to approach that mark, but–sticking with the aquatic analogy–we’ve only just begun to kick our legs and swim after treading water for what seems like an eternity if you’re still out of work.

Also holding back a more robust recovery are the sweeping cutbacks in government employment, a big chunk of which probably will never come back in an age of budget austerity and looming debt crisis. Today, there are about 535,000 fewer government jobs than there were in Dec. 2007.

But let’s not dwell on these cautionary notes, because a growing consensus of economists believe the economic trends are strong and the real recovery is here. Even better: businesses that have been sitting on a $2-trillion pile of capital awaiting reassurance that fiscal stability and sustainable growth finally have returned are breaking out their mothballed strategic plans, opening their swollen wallets and investing in new job-creating facilities. [Our parent company, Group C Media, has cast its vote of confidence that the commercial real estate sector is ready to spread its wings and fly: we’re launching a new CRE-oriented trade show, REAL STREET Expo, in February at the LVH in Las Vegas.]

From BF’s unique vantage point on the front lines of the battle for recovery, we’ve seen some amazingly heroic state-by-state efforts that deserve to be chiseled into at least a symbolic monument and put into the time capsule.

We think the best place to enshrine that kind of progress is our annual State Rankings Report, which will be published in the July/August issue of BF. In this year’s report, we’ve created a new state rankings category–Employment Recovery Leaders–which compares state unemployment rates in Dec. 2009 with current levels as of April. The top 10 states in this category achieved the largest percentage drop in unemployment during this period.

We’re not going to tell you the winners yet (BF’s 2014 Rankings Report will be unveiled on the BF website in July), but we’re sure you’ll be as impressed as we were at how far these states have come back. Here’s a tantalizing teaser:

The percentage unemployment reductions for the three top-ranked states in our new Employment Recovery Leaders state ranking were:

Stay tuned, and join us next month when we put the real heroes of the recovery on our pedestal and give them our heartfelt and well-earned congratulations.