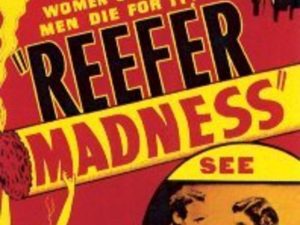 Whether we’re ready or not, it looks like the marijuana industry is poised to become a leading growth sector in the U.S. in the next few years. A major psychological and legal barrier was crossed in November, when two states–Colorado and Washington–voted to legalize recreational use of pot. The early financial returns are in and these numbers no doubt will spur other states to follow their lead: CO Gov. John Hickenlooper has told the state legislature that less than three months after legalization, the state is anticipating annual revenue of $100 million from its marijuana business; this week, Colorado reported it already has collected about $2 million in taxes related to marijuana sales. And that doesn’t include the clever girl scout who raked in a couple of hundred samolians selling cookies outside a pot dispensary in the Rocky Mountain State.

Twenty U.S. states now permit the distribution of medical marijuana, which in California is known to be prescribed for a range of ailments from easing the side effects of chemotherapy to dealing with the nagging pain from arthritis and treating broadly defined “stress.” But in the wake of the unfolding bonanza of new revenue in Colorado and Washington, it now appears likely that several other states will blow past the medical threshold and move to outright legalization. Leading the charge to legal pot are Oregon and Alaska, while Florida, New York and Georgia may belatedly join the ranks of states permitting medicinal use.

Nationally, opinion polls have swung dramatically in favor of at least decriminalizing possession of marijuana, which notches 58 percent approval in some recent surveys, a complete reversal of the public mood just 15 years ago. As the national debate begins to focus on the potential impact of legalized pot, there have been a few surprises regarding who’s turned up on the negative side. California Gov. Jerry Brown, of all people, has warned that the United States will sacrifice its ability to remain a world leader and compete in the 21st century “if everybody gets stoned.” This from a guy who during his first stint as the CA chief exec in the 1970s was universally known as “Governor Moonbeam.”

Caught behind the curve, of course, has been the federal government, which still classifies pot as a Class A drug menace akin to heroin. President Obama, who has been up front about his youthful dalliance with weed, is not enforcing these statutes in CO and WA. It’s only a matter of time before Congress reforms the penal code with regards to marijuana; an unlikely coalition of liberal Democrats and conservative libertarians like Sen. Rand Paul are leading reform efforts.

Business interests can see the handwriting on the wall (or smell the aroma wafting from the West), and some of them are busy getting ready for the impending marijuana gold rush. From Boca Raton, FL comes news that PMX Communities Inc., a precious metals incubation company, has expanded its LXIV Marijuana terminal target footprint to 18 states. The company is preparing a big sales push across the country for its marijuana vending machines, which it says are designed “to enhance a customer’s experience at a medical or retail marijuana dispensary.” No word on whether PMX machines will serve up Doritos as well as buds.

Memo to Budweiser: make sure the trademark on your slogan (This Bud’s for You) covers more than beer.