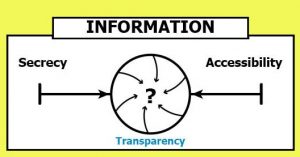 There’s always been a certain amount of tension between publicly funded economic development agencies and the keepers of the public record, especially government and civic entities who keep a close eye on how our tax dollars are spent.

In an era of fiscal austerity, transparency looms as a larger issue as ED agencies must fight to preserve their share of tighter state and metro budgets and justify how they’re spending their allocations.

The ongoing migration of ED organizations from the public sector (usually under the umbrella of state commerce departments) to public-private entities has been fueled in part by the business-driven philosophy that privatization is the key to efficiency and a maximum return on investment. The idea is that if economic development is structured like a business–with a governor as “CEO” and major business leaders as a “board of directors”–development decisions can be streamlined.

Businesses, of course, are not routinely transparent about their business dealings, a stealthy modus operandi which has rubbed off on a few of the public-private partnerships now proliferating throughout the economic development community. We recall a memorable interview we did with the head of a state partnership which had come under fire for some of its job-creation claims. When we asked him if he could give us some specifics about how many jobs actually resulted from several incentive-laden projects, he told us that each job was tied to an employee’s social security number and therefore he was prohibited by privacy requirements from disclosing this information. No, we’re not making that up.

While many public-private partnerships are insulated from intense legislative scrutiny, the ED agencies that have remained in the public sector are coming under increasing pressure to justify their expenditures–and some of them are pushing back. A case in point is the debate that ensued this month in Kansas over a bill which would have required publicly funded economic development and tourism agencies to adhere to the state’s open records act.

At first glance, KS HB 2567 seemed pretty benign. The only surprising thing about it was that ED and tourism agencies in Kansas apparently were exempt from public disclosure in the first place.

But based on the reactions of some economic development officials in the state, as reported in the Kansas City Business Journal, you’d think this proposal was a death sentence. One Chamber of Commerce VP said adoption of HB 2567 “could kill economic development in Kansas.” Another suggested the tradeoff for increased transparency would be a reduction in the ability of Kansas communities to compete for new projects and convention business. She said the measure would make it impossible for local economic development corporations to sign nondisclosure agreements if they receive government support.

“Would a company be willing to have lunch with an economic development director in a city if they knew that that person was going to have to turn their receipt in to their organization with a record of who was at lunch?” another Chamber exec asked, adding that by simply filing a Kansas Open Records Act request, competing locations from other states would be able to find out what business recruitment and development activities were taking place in a Kansas community.

These highly vocal concerns, which were expressed a few days before a scheduled Feb. 19 (Kansas) House Judiciary Committee hearing on HB 2567, apparently had the desired effect. The hearing was abruptly cancelled and House Speaker Ray Merrick transferred the bill to the House Commerce, Labor and Economic Development Committee. The chairman of the latter committee, said to be a strong backer of economic development agencies, promptly said he couldn’t put it on his agenda before Friday, the last day for a 2014 bill to be considered by the Kansas House.

So, at least for this year, HB 2567 died before the debate on its merits even began.

That’s too bad, because we suspect that with a little bit of tweaking the measure probably could have been improved to the satisfaction of both sides on this issue.

As regulars on the economic development beat, we understand that confidentiality and deal-making go hand in hand, especially before a deal is consummated. We’ve even seen the veil of secrecy extended long after a deal has been inked: we once tried to give an award to an agency that snared a new $1-billion manufacturing plant only to be told that the company moving to the location didn’t want anybody to know what they were going to make there.

But it should be possible to have some measure of transparency in public expenditures without compromising the ability of ED agencies to attract new business. We agree it would be counterproductive to force agencies to specify whether the guy from Dubuque ordered the filet mignon while he was visiting Greater Wichita. But would it really upset the apple cart for agencies to provide an overall total each year for how much they spend wining and dining potential clients?

Similarly, it should be possible to amend HB 2567 to provide an exception for non-disclosure agreements.

In general, we usually tilt towards transparency, and not just because we’re part of the Fourth Estate. If economic development agencies are required to provide more information to taxpayers about how they’re spending the public’s money, they’ll also have to step up their game in explaining why these expenditures are critical in today’s highly competitive economic environment. And that’s a good thing.