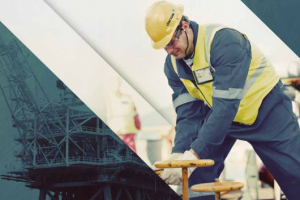 Danos has announced the company’s selection of the Port of Iberia for a new $23.2 million manufacturing facility, which will create 100 new direct jobs. The announcement accompanies the company’s approval of a 40-acre lease for the project by the port’s board of commissioners, with Danos beginning construction on a facility in the fourth quarter of 2014.

The Danos manufacturing facility represents a key portion of a larger expansion announced by the company in May 2013. Danos also will build a new Gray, LA, headquarters facility near Houma, LA. Together, the headquarters and manufacturing facilities will represent a capital investment of $40 million, with 426 new direct jobs created over the next five years. LED estimates the entire project will result in an estimated 871 new indirect jobs, for a total of nearly 1,300 new jobs in the Bayou and Acadiana regions of the state.

Gov. Bobby Jindal said, “Danos is a major economic driver in Louisiana, and its decision to reinvest in our state represents a tremendous vote of confidence in Louisiana’s outstanding business climate, workforce and infrastructure. We’re proud that one of our leading oil and gas technology companies believes in the central role that Louisiana plays in the production of deepwater oil and gas in the Gulf of Mexico and beyond.”

With the expansion, Danos will retain 400 existing land-based jobs in Louisiana and create 200 construction jobs. In New Iberia, Danos will build offshore-bound production modules, as well as structural and process piping products, for the oil and gas industry. The Port of Iberia’s strategic location with direct access to the Gulf of Mexico will expedite product deliveries to all offshore locations, company officials said.

“Danos is thrilled to be in position to commence construction of a world-class manufacturing complex in Louisiana,” said Eric Danos, the company’s executive vice president. “We looked across the Gulf Coast and found a site close to home in New Iberia with the right infrastructure and a talented workforce. This new Danos facility will allow us to continue to build on a long legacy of partnering with major oil and gas operators to solve complex energy challenges.”

“The announcement by Danos that it is building its new facility here is great news for Iberia Parish and its communities,” Iberia Parish President Errol “Romo” Romero said. “Projects like these create good quality jobs for our citizens and prove, once again, that Iberia Parish is the right place for business.”

At the Port of Iberia, Danos will lease space for the manufacturing facility on a waterfront tract of the port’s new Millennium Expansion project on the eastern end of the port complex. Construction of the Danos facility will begin in approximately six months, with hiring starting in the third quarter of 2015.

“The Port Commission and I are excited Danos has chosen the Port of Iberia for their new fabrication facility,” port Executive Director Roy Pontiff said. “We know the site selection competition was fierce, and we credit our world-class workforce for tipping the location decision in our favor. We look forward to developing a long-term relationship with Danos, and know that they will take their oil and gas construction business to the next level here in Iberia Parish.”

“Danos is a well-respected, growing company, and we know they could have chosen just about anywhere to locate this new facility,” said President and CEO Mike Tarantino of the Iberia Industrial Development Foundation. “It says a lot for our port and our workforce that we were ultimately selected. We appreciate the Danos family’s decision to invest in Iberia Parish, and we look forward to welcoming them to our community.”