Business Facilities magazine has announced the winners of its 2013 Economic Development Deal of the Year competition.

A huge solar panel plant in Mesa, AZ that did not survive the slump in global panel prices will be transformed into an advanced manufacturing facility for tech giant Apple in a $1.5-billion project that has earned BF’s 2013 Economic Development Deal of the Year Gold Award. 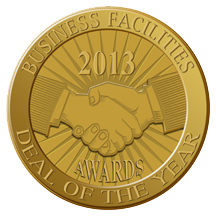 This highly cooperative team worked with Apple on their purchase of the former First Solar facility, a 1.2-million-square-foot building located on 83 acres near Phoenix-Mesa Gateway Airport. The Apple manufacturing facility will create 700 jobs with average salaries of $45,000 as well as 1,300 construction jobs, creating an overall economic impact for the region of $1.33 billion.

“Our Deal of the Year Gold Award winner is a game-changer for Apple and Arizona,” said BF Editor in Chief Jack Rogers. “Arizona’s team moved quickly to put together an attractive package that put the Mesa site front and center as Apple considered locations for its renewed commitment to U.S. manufacturing.”

“This deal puts Greater Phoenix on the map as a leading high-tech hub,” Rogers added.

The Seoul, South Korea-based tire giant will invest $800 million in the new plant and directly create 1,850 jobs over the next five years. According to an impact analysis conducted by Tennessee Valley Authority (TVA), the project also will yield 1,200 indirect jobs as well as direct annual payroll of over $660 million and indirect annual payroll of over $54 million. The company expects to break ground on the new facility by the end of this year and begin tire production by 2016.

Seung Hwa Suh, vice chairman and CEO of Hankook Tire cited these incentives, Tennessee’s central location (which he termed “an excellent launching pad for a national distribution network”), and the availability of a skilled workforce as key factors that influenced the company’s site selection.

“The decision by one of the world’s largest tire producers to put its first U.S. plant in Tennessee shows that the Volunteer State is building a world-class supplier network to support the steady growth of its burgeoning automotive assembly operations,” said Rogers.

General Motors’ decision to put its new $26-million Innovation Center in Roswell, GA earned our Bronze Award. The new facility in Georgia is the third of four IT innovation hubs the auto giant is opening in the U.S. to strengthen its internal innovation capabilities as part of GM’s ongoing effort to improve performance, reduce the cost of ongoing operations and increase its delivery of innovation.

Spearheaded by the Georgia Department of Economic Development (GDEcD), the GM project will directly create 838 jobs and have an estimated direct economic impact of $1.6 billion over the next 10 years.

“The new technology center in the Baton Rouge area has the potential to transform the region into a software development hub, which is one of our region’s targeted sectors,” said Baton Rouge Area Chamber CEO Adam Knapp. “There are so many positives to this story. The company will help strengthen our competitiveness for talent, help diversify our region’s economy, and work in a close relationship with our key partner, Louisiana State University.”

“Louisiana’s capital has had great success in executing its strategy of bringing together business and higher education in innovative public-private partnerships that spur initiatives in new high-growth sectors,” Rogers said.

The Pinewood Atlanta Studios project was the culmination of more than five years of efforts to grow the footprint of the film industry in Fayette County. In 2008, the state enacted the Georgia Film Tax Credit, which provides a tax credit equal to 30 percent of in-state expenditures on film productions that spend at least $500,000 in Georgia. The tax credit (which can be monetized and sold to companies and individuals) has spurred the statewide growth of the film production in Georgia. In 2007, the statewide economic impact from film was estimated at $242 million; by 2013 this had grown to $3.5 billion.

An Honorable Mention Award also went to a full-court press by an “Action Team” including the Pennsylvania Governor’s office and the PA Department of Community and Economic Development that convinced specialty retail giant Urban Outfitters to double down on its investment in the Commonwealth.

The result was a deal that not only keeps Urban Outfitters in Pennsylvania, but secures a commitment to build two new facilities–a $100-million headquarters expansion at its Philadelphia site and a new $110-million fulfillment center in Gap, PA in Lancaster County.

Putting this package together required extensive intergovernmental collaboration, as well as aggressive and innovative use of incentive programs. The project will have a direct economic impact of $210 million and directly create 2,500 jobs over the next 10 years.

A key component of the Urban Outfitters deal was the use of Pennsylvania’s Keystone Opportunity Zone (KOZ) incentive program, created in the 1990s to lure new and expanding businesses to the state. The KOZ incentive program provides tax abatements for county and township property taxes, corporate net income taxes, and school taxes for a period of 10 years.

Kentucky Gov. Steve Beshear and Toyota officials announced in April that the Georgetown plant would be the site of the first-ever U.S. production of a Lexus. The ES 350 is the Lexus brand’s top-selling sedan worldwide.

The Georgetown facility will produce about 50,000 Lexus vehicles a year starting in 2015. The expansion for Lexus entails a $360 million investment and will create 750 new jobs. Toyota is investing an additional $171.2 million in other plant refurbishments.

The investment is the second-largest ever made by Toyota in its Georgetown plant, and the largest since the $800 million addition of Plant 2 in 1991. The Kentucky site, which opened in 1986 and is Toyota’s largest plant outside of Japan, already makes Camry, Camry Hybrid, Avalon, Avalon Hybrid and Venza models and employs more than 6,500 people.

A joint effort by Greater Lafayette (IN) Commerce, the City of Lafayette, Tippecanoe County and the Indiana Economic Development Corp. garnered an Honorable Mention Award for its success in persuading Subaru of Indiana Automotive (SIA) to invest $400 million to build the Subaru Impreza at its Lafayette facility. The project will create 500 new jobs and yield an estimated direct economic impact of more than $1.8 billion over the next 10 years.

“We are proud that Indiana will be home to the continued investment of a world-class company like Subaru,” Gov. Mike Pence said. “With our competitive tax climate, strong workforce and unmatched infrastructure, the world recognizes that the Hoosier State is open for business.”

Business Facilities congratulates all of the winners of its 2013 Economic Development Deal of the Year Awards. The full report will appear in the January/February 2014 issue of the magazine.

Workforce Development To Get The Job Done 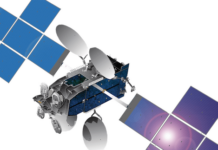