Gogo, an in-flight connectivity company, will move its corporate headquarters and commercial aviation business to Chicago, IL. The company will move more than 460 employees to 232,000 square feet at the new location, with plans to add more than 50 jobs within the next two years.

“I welcome the company to Chicago, and I am certain that Gogo will find our workforce, our transportation system, and our business climate to be exactly what the company is looking for as it grows and expands,” said Chicago Mayor Rahm Emanuel.

Gogo is currently headquartered in Itasca, IL, and its commercial aviation business is located in Itasca as well. Gogo’s business aviation division is based in Broomfield, CO, and the company considered options in Colorado. However, Gogo ultimately chose Chicago so it could tap into the city’s extensive talent pipeline, access domestic and foreign partners and benefit from its thriving technology community.

“This is an incredibly important step for Gogo as we continue to grow and evolve into a global organization,” said Gogo’s president and CEO, Michael Small.  “As we conducted our search for a new company headquarters, it was clear the state and the city have made considerable efforts to raise Chicago’s profile as a technology hub, and our new company headquarters puts us at the epicenter of that activity in a location that’s better suited for the rapid growth we expect at Gogo.”

“We truly appreciate all of the support that the Village of Itasca gave Gogo over the years as the company developed its commercial aviation business,” added Small, who received the Illinois Technology Association’s 2013 CEO of the Year Award.

In Chicago, Gogo will be joining a flourishing technology community in a city that is home to more than 1,500 digital technology companies. Chicago employs more than 40,000 people (up 21% in 2013), with a tech startup launched in Chicago every 24 hours, according to Built in Chicago.

Fostering innovation and building momentum around the region’s technology industry is a key component of the city’s Plan for Economic Growth and Jobs, called for by Mayor Emanuel and currently being implemented by World Business Chicago (WBC). As a part of the Plan, WBC is working to drive growth and opportunity in businesses related to science, technology, innovation and entrepreneurship with its ChicagoNEXT council.

“Gogo is a perfect example of the companies we are looking to attract to Chicago and to support through ChicagoNEXT,” said WBC President & CEO Jeff Malehorn. “We welcome Gogo and look forward to working together as we continue to accelerate the growth and expansion of Chicago’s tech sector.” 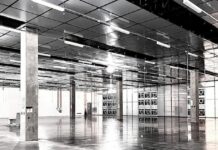