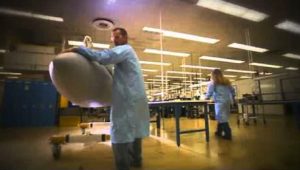 Raytheon Company plans to increase the size of its Forest manufacturing facility by more than 20,000 square feet and hire more than 150 new workers, Raytheon and state officials announced.

“Forest will be expanded to support anticipated growth in airborne radar and electronic warfare markets,” said Raytheon’s Space and Airborne Systems President Rick Yuse during a Veterans Day ceremony at the manufacturing site with Mississippi Gov. Phil Bryant. “During the past three decades, Raytheon’s success in Mississippi has resulted in the addition of more than 30 programs and three shifts per day to ensure that the world’s most advanced military forces have access to our technology,” Yuse said.

Gov. Bryant said, “I am honored to join global defense leader Raytheon for this exciting announcement, particularly on a day dedicated to our U.S. military veterans and their contributions to our country. Raytheon has been a valued partner to the state of Mississippi and our strong defense industry for 30 years, and I am grateful to the company for further strengthening its roots here and creating so many new jobs for our workforce. I congratulate the company on this expansion and on this milestone anniversary.”

Raytheon will increase capacity at what is already one of the largest defense manufacturing plants in Mississippi with its 340,000 square feet. The new positions are expected to be added over time.

This year, the Forest plant ramped up its fighter jet radar production rates 10-fold, achieving a 2012 on-time delivery rate of 100 percent. It also celebrated an industry-first milestone with the delivery of more than 500 Active Electronically Scanned Array (AESA) aircraft radars. Raytheon is the only manufacturer with combat-proven AESAs in production for tactical aircraft.

In addition to fighter jet radars, the facility makes the Sentinel air defense radar, with 57 additional ones in production for the U.S. Army.