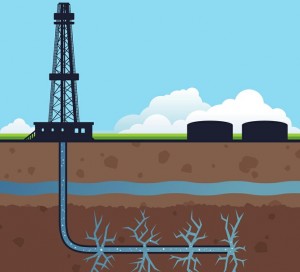 European unity has been an elusive goal for decades, especially in recent years with the financial crisis pitting wealthy EU powers against member states drowning in debt. But our friends on the other side of the pond appear to have found at least one issue that unites them: a continent-wide challenge to hydraulic fracturing is making it unlikely the U.S. fracking boom will be replicated anytime soon in Europe.

The rapid (we’d call it explosive, but that’s a bad word to use in this context) expansion of U.S. fracking has transformed America’s energy profile. Seemingly endless dependence on foreign sources of energy has given way to a high probability the U.S. will achieve energy independence by the end of this decade, a development that was unthinkable just a few years ago. The successful deployment of hydraulic fracturing–which involves extracting natural gas or oil from deep shale deposits by horizontal drilling using water, sand and chemicals–has filled U.S. storage facilities to capacity with relatively cheap gas. U.S. power plants are converting to natural gas as fast as they can, especially in the wake of a recent EPA ruling tightening emissions standards for utilities.

But Europe, desperately in need of an economic shot in the arm, so far has resisted the temptation to drill, baby, drill. Environmental concerns about water pollution and unexpected seismic activity (yes, earthquakes) that may result from fracking operations have pushed most of the EU nations firmly to the green side of the argument.

France got out in front of the issue by banning hydraulic fracturing in 2011, a law recently upheld by France’s constitutional court  in Paris. The top French court ruled against Schuepbach Energy LLC, a Dallas-based drilling concern which had two exploration permits revoked because of the ban. The court tossed aside the Dallas firm’s argument about property rights and found no contradiction in permitting geothermal fracking while letting the ban on oil and gas exploration stand. President Francois Hollande has unequivocally declared that France will never allow fracking in its shale deposits, despite its need to find new energy sources as it scales down the nation’s reliance on nuclear power.

Fracking activity in Germany has been suspended pending the formation of a new government, which is expected to initiate a national debate on the drilling technique. In perhaps the biggest blow to drilling concerns, the European Parliament this month voted for new EU laws requiring that exploration for potential deposits of shale gas must face the same environmental regulation as full-scale oil drilling. A British MP who sits on the European Parliament’s environment committee reportedly warned that the plan could strangle an emerging fracking industry in the United Kingdom.

Within the EU, only the U.K. has move forward with fracking. The development of shale gas officially is encouraged by the government (Prime Minister David Cameron is a strong supporter), as the U.K. prepares for the eventual depletion of North Sea oil reserves. Much of Britain’s shale deposits are centered around Manchester and Liverpool, which are counting on an energy boom to restore their luster as industrial hubs. More than 40 fracking permits were expected to be granted in the U.K. in the next two years, but the new EU environmental restrictions–which require full Environmental Impact Assessments for each drill site during the exploratory phase–may prove to be an insurmountable hurdle. Those pushing for tough regulations on fracking in Europe also have an ally in the heavily subsidized European wind power industry, which fears competition from more cost-efficient shale gas.

According the International Energy Association, France and Poland have the greatest potential for recoverable shale gas in Europe, with shale reserves comparable to the Marcellus Shale Formation stretching from West Virginia to New York in the U.S. Great Britain also has some huge shale deposits.

The widespread use of fracking has enabled the United States to pay half the European price for wholesale natural gas. Oil recovered by fracking is said to be putting the U.S. in a position to have its oil output surpass Saudi Arabia’s by 2020. Many analysts believe the U.S. has a chance to become a major energy exporter on a scale not seen since the Texas oil boom in the early 20th century.

America’s dwindling dependence on Saudi oil may be a factor exacerbating the increasingly hostile vibes aimed at the U.S. by the Kingdom. Angered by U.S. refusal to intervene militarily in Syria, the Saudis recently turned down a seat on the UN Security Council, becoming the first nation to reject that influential position in the world body. This week, the Saudi foreign minister hinted the Kingdom is considering cutting off diplomatic relations with the United States.

So we appear to be on the verge of a future in which we’ll see cheap, abundant energy powering America while we never again see an American president smooching a Saudi potentate. What’s not to like?