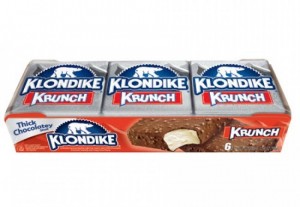 Unilever officials have announced the company will expand operations at its Covington, TN facility. Plans include facility and site improvements for an 11,000 square foot engine room expansion and a 90,000 square foot parking lot expansion resulting in an investment of $108.7 million and the addition of 428 new full-time positions over a four-year period. Upon completion of the project, Unilever expects to have a workforce of nearly 1,000 employees in Covington.

“I want to congratulate Unilever on this significant announcement and thank the company for its continued investment in Covington and Tipton County,” Tennessee Gov. Bill Haslam  said. “Part of our Jobs4TN strategy focuses on expanding companies already conducting business in the state, and [this] is another step toward our goal of making Tennessee the No. 1 location in the Southeast for high quality jobs.”

“Unilever has played a key role in the corporate landscape of West Tennessee for more than a decade, and I am pleased with the company’s plans to expand in Covington,” Economic and Community Development Commissioner Bill Hagerty said. “I appreciate Unilever’s decision to continue to invest in Tennessee and its quality workforce.”

“Investing in sustainable manufacturing is an important part of Unilever’s strategy of investing back for growth in America,” Kees Kruythoff, president of Unilever North America, said. “Through the expansion and upgrade in Covington we are creating a state-of-the-art manufacturing facility, enabling Unilever to sustainably and responsibly grow our U.S. ice cream business. We are excited about what this investment means for both the local community and for Unilever.”

Unilever’s Covington facility specializes in the production of ice cream and frozen novelty items for brands such as Breyers, Fruttare, Good Humor, Klondike and Popsicle. In addition to facility and parking lot improvements, the expansion will allow increased production capacity of the existing company-owned ice cream novelty and frozen dessert factory and the purchase of new machinery and equipment for additional production lines.

“I am extremely pleased that Unilever has chosen to further expand operations in Covington. The additional jobs will result in an economic boost for the area and more specifically for the individuals that fill the new positions,” Covington City Mayor David Gordon said. “I look forward to many years of mutual success for Unilever and the city of Covington.”

“Unilever’s latest investment in the state of Tennessee continues to provide further evidence of their confidence in the strong business environment of Tipton County and the city of Covington,” Tipton County Executive Jeff Huffman said. “We value the outstanding partnership with the local community now and into the future.”

“TVA and Covington Electric System are pleased to be a partner on the economic development team with the state of Tennessee, city of Covington, Tipton County and HTL Advantage to help facilitate Unilever’s major expansion that brings jobs and prosperity to Covington and the West Tennessee area,” TVA Senior Vice President of Economic Development John Bradley said.