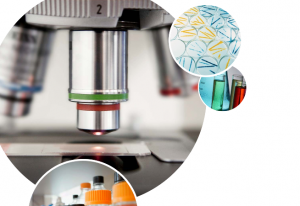 With a series of key brand-name drug patents set to expire in 2013, deadlines collectively referred to as the “patent cliff,” life sciences companies are bracing themselves for a revenue drop some estimate could reach $30 billion. One industry response to the cliff is the geographic reshuffling and right-sizing of the North American life sciences industry occurring in comparatively smaller metropolitan areas as these cities rise in industry influence.

Jones Lang LaSalle’s (JLL) annual 2012 Life Sciences Cluster Report chronicles this shift in a ranking of industry clusters-areas in which life sciences intellectual capital, funding and facilities are concentrated. Cities that are rising in influence offer a workforce, academic community and public sector focused on R&D productivity and areas of opportunity within the sector, such as biologic biosimilar drug research and production.

This year JLL ranked the top 10 U.S. markets for life sciences in 2012 compared with 2011, along with the following emerging trends:

Three key factors have helped both the established and emerging clusters to achieve success during rapidly changing times in the life sciences industry: middle-market growth, the need for access to innovation and the offering of economic incentive packages to fuel life sciences sector expansion.

Trend No. 1: Middle-market growth and mergers and acquisitions (M&As) are benefitting smaller metropolitan areas. Right-sizing and consolidation by multi-national pharmaceutical companies in the United States have led to opportunity for middle-market corporations, as many former single institution research campuses are now thriving, multi-tenant life sciences centers. This transformation is benefitting clusters located outside the nation’s largest metropolitan areas, because they offer lower overall costs of occupancy, yet retain premium access to academic resources and an educated workforce. In the Midwest for example, the largest metropolitan area, Chicago, remains an emerging cluster while its smaller Midwestern counterpart, Minneapolis, is a top 10 cluster for the second year in a row.

In California, San Diego has risen from being the seventh to the second most active U.S. cluster, leading the nation in life sciences employment and surpassing both San Francisco and Los Angeles in its ranking. San Diego recorded a staggering $13.8 billion in M&A activity in the last 12 months, including AstraZeneca’s acquisition of Ardea Biosciences, Hologic’s purchase of Gen-Probe and Bristol-Myers Squibb’s offer to acquire Amlyin Pharmaceuticals. While this type of consolidation could potentially leave empty space on the market, middle-market companies have driven a steadily increasing demand for space in life sciences-oriented facilities, keeping space occupied and rents stable.

Trend No. 2: Proximity to innovation is more important than ever. The exception to this trend is Greater Boston, which continues to represent the center of the global life sciences industry, with more than 74,000 employees serving the pharmaceutical, biotechnology and medical device subsectors. Average asking rents for lab space in Cambridge, Boston’s R&D epicenter, have returned to peak levels of $54.61 per square foot.

The importance of access to a thriving and diverse community focused on innovation has never been greater. According to Deloitte’s 2012 The Future of the Life Sciences study, “Significant revenue growth is unlikely to be achieved organically, mergers and acquisitions will continue, and partnerships/alliances will emerge as an important means of revenue generation. Companies will need to leverage the fact that partnerships will be ubiquitous and may include cross-sector partnerships and collaborations with payers as well as academia.”

Trend No. 3: Build it (the lab) and they will come. While not offering the critical mass of the established clusters, emerging U.S. life sciences concentrations are stepping up their economic development and public-private partnership activities to attract life sciences organizations.

“Certain emerging clusters have adopted the ‘if you build it, they will come’ mentality, combining targeted incentive packages, new facilities, economic development groups and public-private partnerships in concerted efforts to attract life sciences companies,” said Barrett. “These incentives are important as life sciences companies balance their need to be near world-class scientific institutions versus their need to manage facilities costs.”

Westchester/New Haven (suburban New York City), central and southern Florida and Indianapolis are among those creating targeted incentive packages, newly constructed, state-of-the-art incubator centers and parks specialized for life sciences uses. The hope is that these clusters can provide leading research institutions and resources-but with real estate at a lower cost than in the leading clusters. For example, in 2012, with the opening of the Max Planck Florida Institute for Neuroscience, a Germany-based international research institution opened its doors for the first time in North America.