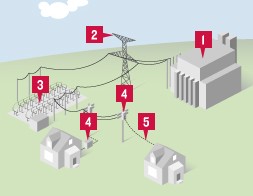 The report showed that the grid modernization program supported 1,036 full-time equivalent positions, including 289 at the utility and 747 with its contractors. In addition, based on the proportion of direct to induced jobs created by the program in 2012, ComEd estimates that 2,072 induced jobs were generated in the second quarter as a result of the ripple effect of capital spending. This represents an additional 300 jobs over the first quarter when the grid modernization program resulted in nearly 2,700 full-time equivalent positions. The increase can be attributed to the continued ramp-up in infrastructure and smart meter investments. Last year, the Smart Grid work created 785 full-time equivalent jobs at the utility and its contractors along with an estimated 1,700 induced jobs.

“Grid modernization is proving to be an even stronger economic engine than we anticipated,” said Anne Pramaggiore, president and CEO, ComEd.  “It is creating good-paying jobs at ComEd and among our contractors, and these positions are having a significant ripple effect in the broader economy.  The program will continue to make a positive economic impact, especially as we begin installing smart meters in 4 million homes and businesses in northern Illinois.”

Smart Grid deployment, which began in January  2012, has provided an important boost to Illinois companies with the expertise needed to support the modernization, such as Intren, Inc.  A specialist in construction for the utility industry, Intren is playing a key role in ComEd’s accelerated efforts to refurbish and replace underground residential cable, which is reducing the number and length of power outages.

“Under ComEd’s grid modernization program, they’ve replaced hundreds of miles of underground cable so far this year, working at twice the normal rate,” said Intren CEO Loretta Rosenmayer. “This increased investment resulted in work for 212 full-time equivalent positions at Intren in the second quarter, and we’re excited to be contributing to the important job of modernizing the electric system serving our region.”

Based in Union, IL, Intren is one of a growing number of minority and women-owned enterprises (MWBE) participating in the grid modernization program. Under the Smart Grid law passed in 2011, ComEd committed to increasing opportunities for MWBE companies by 15 percent over a 10-year period, representing millions of dollars in additional spending.

The Smart Grid law passed in 2011 authorized ComEd to invest $2.6 billion over 10 years to modernize the electric grid in northern Illinois, over $1.3 billion of which is earmarked to install digital smart meters in 4 million homes and businesses starting this fall. ComEd’s grid modernization plan for 2013 includes $148 million in capital investments dedicated to system reliability and storm hardening to improve resiliency of circuits especially susceptible to storms. This includes the inspection and refurbishment of cable, poles and manholes.

The utility will also invest approximately $118 million in smart grid technology this year, including the deployment of 60,000 smart meters. ComEd also will upgrade two additional substations with micro-processor relays and real-time monitoring and will add more than 600 smart switches that automatically reroute power around problems areas, often with no noticeable interruption in service. 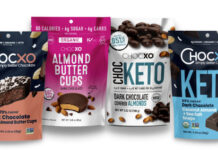