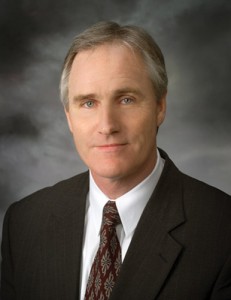 It is with great sadness that we mark the passing this month of Ed McCallum, a widely respected leader in the economic development community who was a perennial speaker at Business Facilities’ annual LiveXchange event as well as our friend and colleague.

McCallum, 59, of Inman, SC, died on September 8 after a battle with cancer.

Ed, an expert on financial incentives, joined forces with Mark Sweeney in 2000 to found McCallum Sweeney Consulting. The firm quickly rose to the top ranks of economic development consultants, certifying sites for major projects across the country.

Ed was a highly authoritative and intelligent voice in the economic development community. A true gentleman, he was soft-spoken and never had a bad word for anyone, but you always wanted to hear what he had to say because you came away from the conversation with a much greater understanding of the subject, no matter how complex. We could always count on Ed to share his unmatched expertise with us on the critical issues impacting site selection and economic development.

Ed usually was our first choice when we set up our slate of speaker presentations each year for LiveXchange. We knew he would arrive at our event fully prepared to deliver an incisive and informative talk that left his listeners armed with the critical knowledge they needed to close the deal on major projects. One year, when one of our LiveX speakers canceled the day before the event began, we asked Ed to improvise a second presentation. He pulled it off flawlessly. Anyone who attended Ed’s unscheduled talk no doubt thought he’d spent weeks preparing it.

Ed received his BA degree from James Madison University and his Masters from Clemson University. He played football for Indiana University, attended the Air Force Academy and worked for Fluor Daniel for 14 years before becoming a founding principal of McCallum Sweeney Consulting in 2000.

Memorials may be made to Hope Lodge, Charleston, SC, 843-958-0930; American Cancer Society or Spartanburg Regional Hospice (both available online).