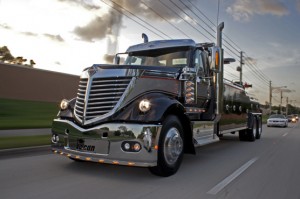 Tennessee Department of Economic and Community Development Commissioner Bill Hagerty along with Miller Industries officials have announced an expansion of the company’s facilities in Greeneville, TN. The expansion represents a $1.8 million investment and the creation of 58 new jobs in Greene County.

“Miller Industries is very pleased to be expanding its business in Greeneville,” Miller Industries Corporate Director of Human Resources Bill Beckley said. “We have been blessed over the past 16 years in Greeneville with an excellent workforce and are excited about the opportunity to bring more jobs to the Greeneville community. We are also most appreciative of the assistance from the state of Tennessee Department of Economic and Community Development that helps make this expansion possible.”

This expansion brings an entirely new product line to Miller Industries. The expansion to the existing plant will be used as a shot blast facility, where imperfections left behind by the welding process are cleaned up before painting the product. The nearby rental space will be used to refurbish the older trailers before they are sent to the shot blast facility for cleaning.

“Greeneville offers a great business climate for new and expanding industries,” Greeneville Mayor W.T. Daniels said. “Miller Industries understands this and has utilized available incentives to take the company to the next level while helping to create good paying jobs for our community.”

“We seriously appreciate Miller Industries’ continued confidence in Greeneville,” Greene County Partnership President and CEO Tom Ferguson said. “In today’s economic environment, 58 jobs is a big deal. We are also grateful to the State of Tennessee for again providing the necessary incentives that helped push this project forward.”