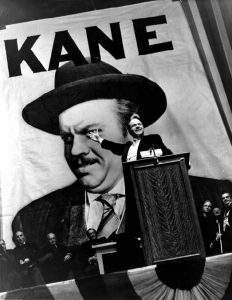 “Were it left to me to decide whether we should have a government without newspapers, or newspapers without a government, I should not hesitate a moment to prefer the latter.” — Thomas Jefferson

The endangered species known as journalists are hyperventilating this week over the news that Amazon founder Jeff Bezos has gobbled up the venerable Washington Post for $250 million in cold cash.

This dying breed of ink-stained wretches–most of whom now work digitally and wouldn’t be able to tell the difference between a linotype press and a cotton gin–are busy imagining nightmare scenarios in the wake of this shocking incursion into a last bastion of the traditional Fourth Estate.

Some have suggested it’s only a matter of time before Bezos converts the Post into a 10-cent-a-day entry accessible only on Amazon’s Kindle devices. Others note that Bezos is a rather eccentric billionaire: among other ventures, the Amazon titan is building a rocket so he can visit space and he’s installing a huge clock in the desert that’s supposed to last 10,000 years. Perhaps a WashPost Lunar Edition is in the offing.

Speaking of eccentric billionaires, Boston Red Sox owner John Henry reached into his pocket for some loose change this week and grabbed the Boston Globe for $71 million, which probably is less than what Beantown’s daily paid for paper stock in its heyday. The next time the Bosox go into a prolonged slump, we suspect the coverage on the Globe’s sports pages will be somewhat muted. If you want a benchmark for how low the fortunes of the news biz have sunk, consider this: The New York Times Co., which sold the Globe to Henry, paid $700 million to acquire it.

Uber-investor and zillionaire Warren Buffet has been scooping up newspapers all over the country, causing Wall Street analysts to scratch their heads and wonder how the Oracle of Omaha will ever get a return on his large investment in a shriveling industry. One thing is certain: Buffet, famous for purchasing blue-chip stocks and hanging onto them for decades before cashing in, no doubt is in it for the long haul. Maybe he believes in reincarnation.

And then there are the Koch brothers, heirs to an oil-and-gas conglomerate that’s made them richer than Midas. Daddy Koch was a founding member of the John Birch Society and his boys have put their financial clout behind the Tea Party movement and other right-wing causes. Now they’re said to be making a bid to buy up the Tribune Co.’s eight regional newspapers, including the Chicago Tribune, Los Angeles Times, Baltimore Sun, Orlando Sentinel and Hartford Courant.

While the Koch siblings clearly have an agenda, the general trend of eccentric billionaires adding newspapers to their collection of toys is nothing new. The panicky scribes now wailing about the end of their world as they know it should take a deep breath and look back over the history of their glorious profession.

A quick stroll down memory lane reveals that ultra-rich tycoons always have had a penchant for buying up newspapers. Sure, the gallery of press lords includes several civic-minded families like the Sulzbergers and the Grahams. But it also features a Star Wars bar scene including the likes of William Randolph Hearst (prototype for the megalomaniacal Citizen Kane), Joseph Pulitzer (whose pages often were yellow), William Loeb (he made Ed Muskie cry) and Rupert Murdoch (hacks into dead girl’s voicemail), among others.

Newspaper owners will come and go; some will be saints, most will be sinners. The real concern is whether newspapers themselves have a future in a digital world teeming with information that’s just a mouse-click or thumb-flip away at no charge to the consumer.

This week, old interviews predictably are being trotted out featuring Washington Post luminary Bob Woodward–the preppy half of the famous duo that broke open the Watergate scandal and ended the Nixon presidency–lamenting the decline and fall of the newspaper business as most of its ad revenue migrated to (or was eliminated by) the Web and cable TV. Robert Redford, who portrayed Woodward in All the President’s Men, has yet to weigh in on the subject.

When the Internet exploded into a global phenomenon in the late 1990s, the newspaper business already was seeing its lifeblood of ad revenue siphoned off by local cable TV outlets. Instead of figuring out a new business model for digital content–one that would preserve their copyrights and ensure they got a fair share of revenue from the Web–newspaper moguls viewed the online sphere strictly as a turbocharged circulation booster. The more eyeballs the better.

So they opened their barn doors and posted their daily news content online for free and then watched gossipy trespassers like Ariana Huffington (once referred to by NY Times editor Bill Keller as “the Somalian pirate of journalism”) gallop off into the sunset with their loot. Then they sat down next to their friends in the music business and wondered where their industry went.

The sad fact is that daily newspapers don’t really have a viable business model now and the old one ain’t comin’ back. In 2007, a website called newspaperdeathwatch.com started tracking the latest casualties among dailies. Recent entries in the dead newspaper column include the Tucson Citizen, Rocky Mountain News, Cincinnati Post, Albuquerque Tribune and San Juan Star.

Which brings us back to Mr. Bezos. Say what you will about his relentless expansion of Amazon’s distribution network of (so far) tax-free goodies, there’s no denying the e-Commerce pioneer is one of the most dynamic entrepreneurial talents America has produced to date.

Maybe Bezos will disappoint all of us and end up using the Washington Post as packing filler in Amazon shipping cartons. But it says here there’s a much better chance that a guy who’s proven he can think outside a box as well as ship one will figure out a way to reinvent the newspaper biz so it can not just survive in the 21st century, but thrive.