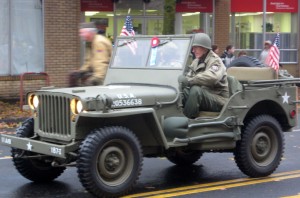 These have been dark days for Detroit. The finances of a city once the center of the automotive universe are in the hands of an unelected manager appointed by Michigan’s governor. The manager will determine what he can salvage from a legacy of decline that has left Motown on the cusp of bankruptcy.

[Editor’s Note: The city of Detroit filed for Chapter 9 bankruptcy protection in federal court Thursday, the largest city in American history to do so.]

But out of the ashes of this monumental collapse — and in the midst of one of the most run-down neighborhoods in Detroit — a remarkable revival is rising like a phoenix.

In 2008, Chrysler rolled the dice and told the world it would invest $1.8 billion in its Jefferson North plant on Detroit’s dilapidated East Side. At a time when many analysts were busy preparing obituaries for the U.S. auto industry, Chrysler made a bold commitment to continue building its most profitable and recognizable vehicle in the city that long ago put cars on the map.

The Jefferson North facility seemed an unlikely candidate in 2008 for this largesse. Five years ago, the workforce at the factory had been reduced to 1,300 survivors who were producing less than 100,000 Jeeps per year in an aging, 2.7 million-square-foot plant.

The 2008 announcement by then-owner Cerberus Capital Management that it would upgrade Jefferson North and expand its capacity by another 285,000 square feet almost immediately hit a huge bump in the road to recovery. Cerberus, an equity player who had acquired a majority stake in Chrysler from German auto giant Daimler-Benz in 2007, went into bankruptcy in 2009. It took a federal bailout and the acquisition of Chrysler by Italy’s Fiat to keep the third-largest U.S. automaker from going the way of the dinosaurs.

Today, we’re very pleased to report that new Jeep Grand Cherokees are rolling off the assembly line at Jefferson North at a higher rate than ever before. Annual production at the facility has tripled since 2008. The 4,600 workers currently employed at the plant are expected to produce nearly 300,000 vehicles this year, generating an estimated $2 billion in annual profits.

You read that right: The last remaining auto assembly plant within the city limits of Detroit is now perhaps the most modern and successful vehicle production facility in the world.

A detailed report on the front page of today’s New York Times explains how this remarkable turnaround was accomplished. It began with a groundbreaking flexible labor agreement in 2007 between Cerberus and the United Autoworkers Union which reduced entry-level wages for new hires to less than $16 per hour (longtime union workers at Jefferson North were making $28 per hour). The new contract eventually facilitated the takeover of Chrysler by Fiat.

The new owners from Italy immediately imposed a management style at Jefferson North which loudly proclaimed that change was imminent: they ordered plant workers to undertake a top-to-bottom cleanup of the aging factory, including a new paint job.

Ironically, the thinning out of Detroit’s neighborhoods also turned out to be a positive for Jefferson North. According to the Times report, wide, sparsely used streets around the plant have made it easy for the growing caravan of supply trucks and finished vehicles to move in and out of the factory. Since it emerged from bankruptcy, Chrysler has added two full shifts of new workers (about 2,200) at Jefferson North.

In addition to the revived Jeep plant, the burgeoning demand from tech-savvy consumers for “connected” vehicles is fueling the growth of a blossoming IT/software industry in Detroit’s urban center. According to several recent reports, young techies are establishing Motown’s version of Silicon Valley, filling empty office space with dynamic entrepreneurial enterprises that are creating automotive apps for the latest touchscreen offerings found on the dashboards of new cars.

And the best news for Detroit may be yet to come:

Dan Gilbert, a Detroit native and the billionaire founder of Quicken Loans, has spent more than $1 billion to acquire 3 million square feet of real estate in the heart of downtown Detroit. Gilbert is aggressively moving forward with a daring plan to revive two square miles of property with a variety of commercial enterprises, including hotels, casinos and retail stores.

So hold off on the obituaries for Detroit, folks. That vibration you’re feeling under your feet is coming from the long-dormant, hemi-powered engine of one of America’s great cities, sparking back to life.

Motown is on the way back and it’s getting ready to rumble. 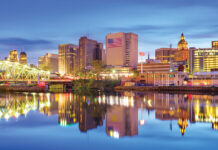 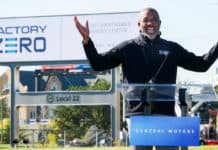