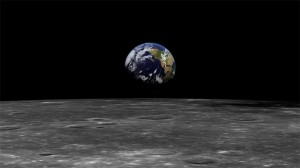 Moon Express, Inc., a lunar resource company, has announced the opening of a Propulsion Development Facility in Huntsville, Alabama, that will be key to landing the world’s first commercial spacecraft on the Moon. The announcement was made by rocket pioneer Tim Pickens, who joined Moon Express as the company’s chief propulsion engineer earlier this year. Pickens revealed the company has already successfully met several milestones in its propulsion development plans, including:

Pickens reached public acclaim as the lead propulsion designer for SpaceShipOne, the world’s first private manned spaceship that won the $10 million Ansari X PRIZE in 2004 and led to Richard Branson’s Virgin Galactic enterprise. The Moon Express Propulsion Development Facility will build on his 20 years of experience in the aerospace industry, specializing in design, fabrication and testing of propulsion hardware systems that earned him a reputation as a leading innovator of the commercial space industry. “Tim is an avid inventor, entrepreneur, innovator, engineer and educator,” said Moon Express CEO, Bob Richards. “We’re thrilled to have Tim leading our propulsion efforts and to be establishing a new home for our rocket engine work in Huntsville.” Moon Express will benefit from the proximity to the NASA Marshall Space Flight Center and the historic Redstone Arsenal. The company’s Propulsion Development Facility will bring new jobs and innovation to Huntsville, known as “Rocket City” because of its core contributions of rocket technology to the U.S. space program.