Reflex & Allen Group, a manufacturer of pneumatic, electrical and fluid systems for truck and engine markets, has announced plans to locate its operations here, creating up to 97 new jobs by 2014.

The Italian company located and equipped its first U.S. facility in Indianapolis, IN. The company moved into its new facilities in January 2012 and  began to service U.S. customers after becoming operational in March 2012. Reflex & Allen is currently on its second phase of investment plans, which includes adding an advanced tube extrusion line.

“With a world of options available, global companies like Reflex & Allen continue to discover Indiana,” said Gov. Mike Pence. “They have done their homework and learned that Indiana’s taxes are lower and our policies promote business growth. They recognize that opportunities are plentiful in Indiana, a state that works for business.” 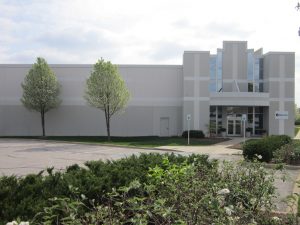 “When deciding where to locate a facility in the United States, a detailed analysis was conducted considering key points such as transport links, supply base, customer base, available skills, labor pools, right to work and cost of manufacture amongst many other smaller factors. When comparing individual states to determine the location of our first facility in the United States, it was very apparent, very early on that Indiana ticked all of the boxes as to our requirements,” said David Blackburn, managing director and general manager of Reflex & Allen North America. “Our growth is a culmination of the hard work of our team both locally and globally as well as the tremendous support we receive from our global customer base. This latest investment will benefit our customers, ourselves, our employees and the local economy and it demonstrates the long-term commitment that Reflex & Allen is making to Indiana. We are here to stay!”

Founded in 1988, Reflex & Allen manufactures products for the commercial heavy duty truck and engine original equipment manufacturers around the world. The company has manufacturing locations in Italy, United Kingdom, China, India and now the United States that service their own local markets.

The Indiana Economic Development Corporation offered Reflex & Allen Group up to $500,000 in conditional tax credits and up to $28,000 in training grants based on the company’s job creation plans. The city of Indianapolis approved additional tax abatement at the request of Develop Indy, a business unit of the Indy Chamber.

“Recent headlines showing Indiana as a top state for manufacturing shows confidence in our ability to provide highly-skilled workers in a business friendly environment,” said Indianapolis Mayor Greg Ballard. “Since opening its first North American facility in Indianapolis in 2012, Reflex & Allen’s growth sends a strong signal to other companies in the industry that Indianapolis is the ideal place to establish operations.”