Home » USA - Rocky Mountains » Montana » How Green is Your Garden? 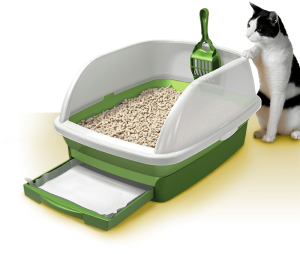 In the next few weeks, entrepreneurs and small businesses in Butte-Silver Bow, MT will be absorbing strategies from regional and national experts in an intense crash course designed to tell them what works in the home-grown development sector known as Economic Gardening.

These self-starters probably won’t be leaving their facilities under the Big Sky in Montana, and the experts will be sitting at the National Center for Economic Gardening near Denver, CO.

Butte-Silver Bow is the latest community to sign up for the National Center for Economic Gardening’s (NCEG) long-distance business training program. Hosted by the Edward Lowe Foundation in Cassopolis, MI. the NCEG conducts seminars for entrepreneurs using video conferencing, email and occasional face-to-face meetings. Butte-Silver Bow is spending $20,000 to enroll five area businesses in the program, which takes up to six weeks to complete, according to a recent report in the Montana Standard.

Ed and Darlene Lowe established the Edward Lowe Foundation in 1985 “to champion the entrepreneurial spirit” and leverage entrepreneurship as a strategy for economic growth and community development. The foundation conducts research, recognition and educational programs which are delivered through entrepreneur support organizations (ESOs).

And what made Ed Lowe an expert on entrepreneurship? The answer can be summed up in two words: kitty litter.

In 1947, when he was 27 years old, one of his neighbors in Cassopolis came over to Lowe’s house and asked him for some sand to use as cat litter. In those days, everybody put piles of sand or ashes outside for their cats to use. The neighbor’s sand pile had frozen (it was January) and she asked Ed for, well, a cup of sand. Instead, Lowe gave her some clay called Fuller’s Earth, a set of clay minerals capable of absorbing their weight in water.

Lowe later packaged the clay in 5 lb. bags and asked a local pet store to sell it for 69 cents. When the store owner refused (telling Lowe sand was much cheaper), Lowe told him to give it away for free until people were willing to pay for it. Lowe called the product–wait for it–Kitty Litter.

The rest, as they say, is history: After driving around the country convincing people to use his product, Lowe founded Edward Lowe Industries and created the Tidy Cat box filler. Lowe fought off some stiff competition (notably from detergent-maker Clorox) and eventually sold his top-selling kitty litter business to a group of venture capitalists for an estimated $200 million (Lowe maintained an equity stake and the company eventually was sold to pet-food giant Ralston-Purina after Lowe’s death in 1995).

According to the Lowe Foundation website, economic gardening represents a new way of supporting growth companies and letting business owners know how important they are to their local economies.

“Instead of offering traditional incentives like tax credits or real estate discounts, economic gardening programs enable entrepreneur support organizations (ESOs) and economic development organizations (EDOs) to offer something that can be even more valuable to local CEOs: strategic information that’s customized for his or her company,” its summary reads.

To do this, teams of skilled researchers mine sophisticated databases and use high-end tools related to search engine optimization, geographic information systems and social media marketing. Some examples of their assistance include:

–Identifying and and prioritizing sales leads and business opportunities.

–Using social media to connect with customers and create buzz about products or services.

“It’s not a cookie-cutter sort of thing,” Vincent told the Standard. “We’re going to grow our own jobs here locally. We’ve got the vision, now we’ve got to make something happen.”

The five businesses participating in the pilot program in Butte-Silver Bow are Headframe Spirits, Empire Office Machines, EASE (a medical records and management staffing firm), Water and Environmental Technologies Inc., and MSE Technology Applications. The Port of Montana is paying its own way to participate. The city and county are partnering with the Butte Local Development Corp. and Northwestern Energy to sponsor the program.

We wish them well and will be tracking their progress.