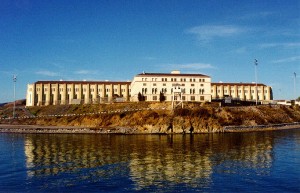 We used to think it was only a matter of time before California sold off the Golden Gate Bridge, the Redwood Forest and other crown jewels to close a state deficit of more than $60 billion.

They tried to sell San Quentin, touting the facility as a prime location with a wonderful waterfront view of the Pacific Ocean. Potential buyers apparently were not impressed, probably because the spectacular vista seen from San Quentin’s windows is partially blocked by ubiquitous steel prison bars.

What a difference three years makes. State legislators now are busy arguing over how to spend a budget surplus estimated at up to $4.4 billion.

California (along with Florida and Nevada) was hit harder than anywhere else in the U.S. by the housing market collapse. By the end of 2009, doomsayers were predicting the nation’s most populous state would be an economic basket case for decades to come. But the Golden State bit the bullet and decided to take its medicine in huge gulps. The biggest dose came in the form of a $6-billion tax increase on wealthy residents that was approved by state voters in a referendum.

The new taxes joined a healthy surge in revenues from the recovering state economy to produce a high tide of fresh cash in state coffers. The surplus has set off a debate about whether the new moolah should be used to reverse some of the Draconian spending cuts enacted during the Great Recession or put aside in a “rainy-day fund” as a bulwark against the next fiscal cataclysm.

CA Gov. Jerry Brown–who wielded his budget-cutting sword like a Samurai warrior during the darkest days–is firmly in the rainy-day fund camp. Brown believes legislators are overestimating the size of the surplus (the governor estimates it at no more than $1.2 billion, while legislators have projected $4.4 billion), attributing a large portion of it to a one-time capital gains windfall resulting from investors cashing in as the Bush-era tax cuts expired.

A few CA legislators have suggested that Brown is deliberately lowballing the size of the surplus and pushing for a contingency fund because he wants to secure a legacy as the governor who solved California’s budget crisis once and for all. They’re urging a restoration of education spending cuts, among other items that were sliced to the bone.

California is not the only state grappling with the not-unpleasant problem of what to do with a sudden infusion of cash. In the midst of the Recession, nearly two-thirds of the 50 states were teetering on the edge of bankruptcy. Today, the picture is much brighter: besides California, at least seven other states (including Connecticut, Utah, Wisconsin and oil-rich North Dakota) are reporting surpluses.

In Connecticut, lawmakers are debating a proposal to use $150 million in new revenue to undo a $93-million cut in aid to local government. In Indiana, Gov. Mike Pence proposed using any surplus to pay for a 10 percent cut in state income taxes; the Legislature is opting for a 5 percent tax cut and setting aside the rest for other purposes.

We tend to come down on the rainy-day side of these discussions, since many of the states who suddenly find their pockets bulging still have large debt obligations, including massive pension payments. We sincerely hope they make their fiscal choices wisely moving forward.

If the lawmakers in California go on a spending spree and get caught short during the next downturn, perhaps the first spending cut should involve moving the Legislature to a less-costly location than their current digs in Sacramento. We know a wonderful oceanfront property with a spectacular view of the Pacific that’s probably still available.