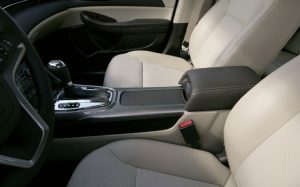 In the latest example of Missouri’s resurgent automotive industry, a major auto supply company based in China is planning to construct a new manufacturing plant in Riverside, Gov. Jay Nixon announced. A Michigan-based subsidiary of Yanfeng Visteon of China, Yanfeng USA Automotive Trim Systems supplies parts to companies such as General Motors and Chrysler and plans to build the new $45 million production facility and create 263 new local jobs.

“The historic expansions by Ford and General Motors during 2011 have transformed Missouri’s economy, putting our state on the map as the leader of the rebirth of the American auto industry,” Gov. Nixon said. “That momentum continues as we once again expand our network of automotive supply manufacturers in Missouri. Yanfeng’s decision to build a new production facility in Riverside and create 263 new manufacturing jobs is more excellent news for our state’s automotive industry sector and economy as a whole.”

Founded in 1994, Yanfeng Visteon has more than 90 production facilities worldwide and exports products to 16 countries. The company’s Riverside plant will manufacture interior trim components including door panels, floor consoles and instrument panels, for General Motors’ plants in Wentzville, MO and Fairfax, KS. The 258,000 square-foot facility is expected to be operational in early 2014.

“Yanfeng USA is pleased to expand its U.S. manufacturing presence with our planned new facility in Missouri,” said David Wang, President of Yanfeng USA. “Missouri offers Yanfeng USA an excellent business climate from which to serve our automotive customers, and we are excited to join the state’s strong community of automotive companies. We appreciate the support and assistance from the state of Missouri, the Kansas City region, and the City of Riverside throughout our year-long process of selecting a new location for this facility.”

A turning point for Missouri’s resurgent auto industry came in 2010, when Nixon called the state Legislature into special session to pass the Missouri Manufacturing Jobs Act, which contained new incentives specifically geared to Missouri auto manufacturers and suppliers. The Governor’s leadership in the Manufacturing Jobs Act, along with the administration’s direct and ongoing consultations with the leadership at Ford and General Motors, led to their major expansion announcements in 2011.

“Yanfeng is precisely the type of long-term, job-creating employer we want to attract to our Horizons development, not from across town or the state line, but from around the country and world,” said Kathy Rose, Mayor of Riverside. “We are honored that a Chinese manufacturer has chosen Riverside to be part of its global-sourcing business strategy. With this announcement, we believe our 260-acre industrial innovations and office development is just starting to provide the economic boost that we expect to contribute to Missouri and the entire Kansas City area.”

“Our Kansas City region is seeing significant new job creation from suppliers to the automotive industry due to the massive reinvestment from our local auto manufacturers,” said Bob Marcusse, president and CEO of the Kansas City Area Development Council. “As both Ford and GM expand capacity or add new products, opportunities are created with suppliers to those companies. Job creation and international investment from a company like Yanfeng USA Automotive Trim Systems also offers further evidence that our region can compete in a global marketplace and is a formidable business and lifestyle destination.”

The state of Missouri helped make Yanfeng USA’s expansion in Riverside possible through a strategic package of economic incentives, which the company can redeem if it meets the strict job creation and investment criteria. 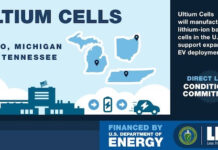