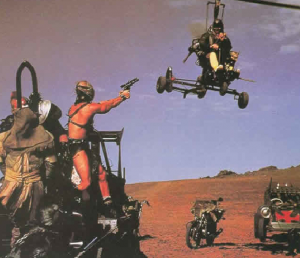 The content was anything but. Lautman, principal of Lautman Economic Architecture and author of When the Boomers Bail (How Demographics will Sort Communities into Winners and Losers) told an audience of site selection professionals and economic development agency representatives that their entire industry is living on borrowed time. “The whole economic development game is running out of places to add value,” Lautman declared. “If you look at it honestly, our profession is in the process of going out of business.”

Lautman painted a stark and sobering picture of a barren economic development landscape in which an aging generation of Baby Boomers has failed to replicate itself in a way that ensures that economic growth will keep pace with population growth. “We are the first generation in history – maybe the first species in history – not to create enough children to replace ourselves, and we didn’t educate half of the kids we created,” he said.

According to Lautman, the emerging demographic “new normal,” coupled with long-term economic malaise and a federal government “that is out of business,” is creating a paradigm that will force communities into a fierce competition for the same small pool of skilled workers. “You always want your most productive group of people to expand and your dependent class to shrink, but we’re going the other way. The Baby Boomers – the most over-experienced people – are bailing into the most dependant class as they retire, the same class we’ve dumped our kids into,” he said. “It’s a disaster.” [Lautman said the demographic outlook is even bleaker for China. He predicted that an aging population in China soon will overwhelm the world’s second-largest economic power and render it unable to take jobs from other markets. “China will flat-line by 2015,” he said.]

This dynamic is having the biggest impact on what Lautman called “the hiring relationship.”

“In the past, employers had all the power in the hiring relationship. Now (prospective) employees have all the power. When the Boomers entered the job market, there were 10 of us applying for every open position. Now, 10 companies will be chasing after the same young professional,” he explained, adding that in the new normal it won’t be unusual for employers “to have 95 percent of their job offers rejected.”

The seismic shift in demographics “will change the calculus for site selection and economic development,” Lautman said. “It will change the way businesses operate and chart their futures.”

The most important change will be the elevation of quality of life as a primary factor in site selection decisions, he said. “Employers must be really careful about where they locate their facilities. They have to make sure where they locate is where the employees want to live,” Lautman said. “What is the DNA that makes those places attractive to (young professionals)? That’s the new game – talent attraction.”

“Employers are going to come to your communities because of who’s coming there and who wants to stay,” he added.

Lautman said economic developers also must rethink their approach to strategic planning and embrace regional strategies that avoid head-to-head competition for the same pool of skilled workers (he projected that it may cost more than $1 million to recruit just 10 prospects, forcing communities to pool resources). But he did not mince words in predicting that competition between communities inevitably will get nastier as the new demographic reality takes hold.

Standard strategic planning models will have to be replaced with a more deliberative process that anticipates the new reality, Lautman said. “What we’re doing right now doesn’t work and it doesn’t involve the right people. It’s really a mess – there’s no one thing that works and no single way to approach it,” he said. “We need design partnerships to understand the kind of communities we have to build to attract talent.”

“It’s now a game of winners and losers, and it won’t take long to figure out who the winners are,” Lautman concluded.  “It’s either New Bedford Falls or Pottersville, there’s no in-between. It’s a zero-sum market now.”