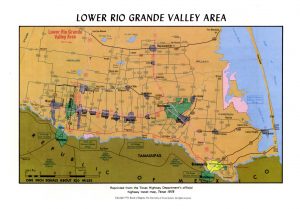 Construction is expected to begin early next year on the new La Paloma Power Plant, to be located in the Harlingen Industrial Park in Harlingen, TX. At its peak, the enormous $650 million project will have more than six hundred workers on site, with most of the work force to be recruited locally. The plant is being developed by Coronado Power Ventures, LLC and Bechtel.

“It’s the start of a long and exciting project which will provide enough energy to interest additional manufacturers and other heavy power users,” says Raudel Garza, CEO, Harlingen EDC. “The first step involves survey and environmental crews, with human resource personnel to begin the hiring process by the end of 2013.”

Jobs to be filled will include site preparation workers, carpenters, iron workers, concrete finishers, pipe fitters, welders, and electricians as well as administrative, mechanical, electrical and industrial personnel.  Project construction is expected to take nearly two and a half years.

“With a young, abundant and trainable workforce, and a low cost of living, in addition to our pro-business environment and quality of place, it makes sense for this project and other businesses to locate facilities in Harlingen,” stated Rick Ledesma, HEDC Board Chariman.