A new report from the Columbia University Water Center, in conjunction with Veolia Water and Growing Blue, reveals that businesses and cities in some of America’s most iconic regions are now under even greater risk of water scarcity.

“All cities and all businesses require water, yet in many regions, they need more water than is actually available – and that demand is growing,” said Upmanu Lall, director, Columbia Water Center. “In response, many tools have been developed to help businesses assess their water risk. But these tools actually understate the risk of climate variations. The new study reveals that certain areas face exposure to drought, which will magnify existing problems of water supply and demand.”

Columbia developed the NDC as a risk metric for evaluating historical periods of drought, using more than 60 years of precipitation and the current water use pattern for U.S. counties. As a result, the NDC measurement tool reveals a more accurate depiction of the discrepancy between water use and water availability.

“Research already proves that the demands on our water systems, both urban and rural, have never been greater,” said Ed Pinero, chief sustainability officer for Veolia Water. “And in some very populated areas, this new research shows that the risk of water shortages has never been higher.”

The U.S. metropolitan areas of Washington, D.C.; New York City; Los Angeles; and San Diego are of greatest concern, which could impact approximately 40 million Americans. Numerous counties in 46 states are also facing the same challenge of experiencing drought-induced shortages. Joining the metro areas on the list are the breadbasket regions of Nebraska, Illinois and Minnesota, which produce almost 40 percent of the nation’s corn, a key ingredient in many of our foods and an essential feed source for livestock

The findings highlight the importance of “blue growth,” a strategic approach to water management that ensures water remains an enabler of economic growth, not a limitation.

“As the U.S. continues to face increased water scarcity, there is mounting concern over the sustainability of our water resources,” said Lall. “But we must understand that water scarcity is not the only risk. Droughts will create an additional impact that needs to be understood, because drought magnifies the effects of scarcity. Gaining a better understanding of these risk factors is critical to reducing the potential severity of prolonged shortages.”

Which Cities Will Run Dry?

According to Upmanu Lall, the director of Columbia’s Water Center, many of the tools which are currently developed to help businesses assess water risk “actually understate the risk of climate variations.” Lall noted that in addition to water scarcity projections, certain areas should also consider their exposure to drought, since droughts will magnify any problems created by water scarcity.

In developing this study, Columbia researchers first developed a new water research metric that they call the Normalized Deficit Cumulated (NDC) index. The index pulls from more than 60 years of precipitation data and the current water use pattern for the United States in order to better depict the discrepancy between water use and availability.

The study clearly shows that decision makers need to be thinking beyond the problems of water scarcity, to the way drought will affect regions that are already facing problems. Said Lall, “Droughts will create an additional impact that needs to be understood, because drought magnifies the effects of scarcity.”

Areas with the Highest NDC:

The risk metric used here considers only locally renewable supply through rainfall or snow in the county. As a result, it exposes dependence on water from outside the county. This is the case for New York and Washington, which rely on water from the Delaware and Potomac, respectively.

With the support of Veolia Water, the America’s Water Risk: Water Stress and Climate Variability study was conducted by Columbia University’s Water Center. The academic group develops projects to analyze water supply chains and examine particular sets of water issues with a long-term perspective, working on both policy and technical analyses.

Further underscoring the importance of this research, a recent survey by the World Economic Forum ranked water supply crises as the leading global risk when considering crisis likelihood and impact. 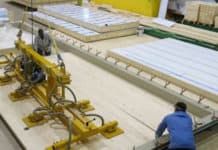 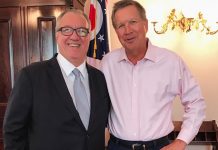 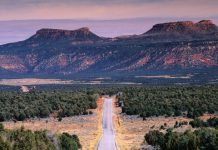