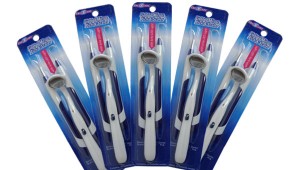 “I want to thank Team Technologies for their continued investment in Tennessee and the jobs they are creating in Hamblen County,” Haslam said.

“Team Technologies’ 25 years of investment in Tennessee is an example of the kind of entrepreneurial spirit that flourishes in our state, thanks to the low cost of doing business and an environment where companies feel confident they can expand,” Hagerty said. “I congratulate Team Technologies on its expansion and appreciate the additional jobs they will create for Tennesseans.”

“We are very happy to be able to bring more jobs to our local area and the U.S. as a whole. With the continued support of the state of Tennessee, the Morristown Industrial Board and our ownership team, Team Technologies is poised for growth well into the future,” Vice President and Chief Financial Officer of Team Technologies David Bivens said.

“Team Technologies continues to be a growing asset to our city. The expansion of 200 new jobs along with $11,000,000 in new investment in expansion is exciting news to our community,” Morristown Mayor Danny Thomas said. “Team Technologies is bringing back jobs that had been moved to China, which is an encouraging sign of the company’s desire to bring manufacturing back to the United States. We appreciate Team Technologies’ confidence in our community’s ability to supply the necessary labor to meet their expansion, and we are appreciative of their commitment to our community and look forward to their continued growth.”

“This announcement tells me that American craftsmanship is alive and well. Our companies and our workforce in East Tennessee produce quality products at competitive prices and that explains why companies like Team Technologies are able to bring jobs back home from overseas,” Hamblen County Mayor Bill Brittain said. “My congratulations to Team Technologies, its management team, customers and employees for expanding its operations in Morristown.”

“Team Technologies’ expansion exemplifies that a product Made in America still holds much value in the world marketplace. It is always exciting when existing companies expand as it exudes a confidence in our community and our workforce,” Morristown Area Chamber of Commerce President Marshall Ramsey said. “The Morristown Area Chamber of Commerce would like to congratulate Team Technologies on their expansion and continued investment in our community.”