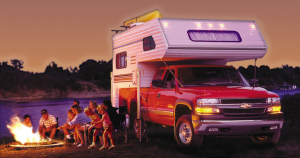 Drew Industries Incorporated, a manufacturer of a broad array of components for recreational vehicles, manufactured homes and other industries, announced plans to relocate its headquarters from White Plains, NY to Indiana and expand its manufacturing operations, creating up to 800 new jobs by 2017. Drew Industries, parent company of Elkhart County-based Lippert Components, Inc. and Kinro, Inc., plans to invest $12.75 million to renovate and equip four manufacturing facilities in Goshen and Elkhart. As part of the project, Drew Industries will install new manufacturing and production lines, which are expected to be operational this year.

“Drew Industries’ announcement builds on our strength as the RV capital of the world and serves as the latest proof that our convenient location, competitive tax environment and talented workforce have put Indiana on the map as a state that works for business,” said Gov. Mike Pence.

“We have experienced significant growth over the past three years,” said Jason D. Lippert, chairman and chief executive officer of Lippert Components and Kinro. “When looking to relocate our corporate headquarters, Indiana made the most sense due to its talented workforce, and because most of the RVs produced in the United States are produced in Elkhart County. We greatly appreciate the support provided to us by the state of Indiana, Elkhart County and the cities of Goshen and Elkhart and we look forward to continued growth and future success here.”

“We’re excited about Drew Industries’ plans for expansion,” said Elkhart Mayor Dick Moore. “This expansion further solidifies Elkhart’s position as the RV capital of the world. I look forward to many more future expansions like this in the community.”

The Indiana Economic Development Corporation offered Drew Industries Incorporated up to $4,300,000 in conditional tax credits and up to $200,000 in training grants based on the company’s job creation plans. The city of Elkhart and the city of Goshen will consider additional property tax abatements at the request of the Economic Development Corporation of Elkhart County.

“Elkhart County is fortunate to have Drew Industries,” said Goshen Mayor Allan Kauffman. “They have become one of the largest employers in the city of Goshen and Elkhart County. We are pleased with their ongoing commitment to investing in our community and applaud their success.”