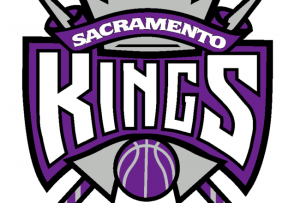 Last night, the basketball season mercifully came to an end for the Sacramento Kings.

The Kings lost 25 more games than they won this season, the third-worst record in the NBA’s Western Conference. They were so far behind the eighth-seed L.A. Lakers, they need the Hubble Telescope to see the injury-plagued Lakers lacing up their sneakers for the playoffs.

But in the upside down world of big-money sports–where a losing franchise is viewed by ultra-rich moguls as a bargain bauble with a potentially huge return on investment–the Kings are the hottest property in the NBA.

Two high-tech zillionaires–the CEOs of Microsoft and Qualcomm–are locked in a bidding war to buy a majority share of the Kings from the Maloof family, which took control of the franchise in 1999.

The Maloofs also own the Kings’ current home, Sleep Train Arena (which in previous incarnations also was known as Power Balance Pavilion and ARCO Arena). As part of the deal that secured the Kings, the Maloofs acquired the WNBA’s Sacramento franchise, the Monarchs, but the women’s team folded in 2009 when a new owner could not be found.

Microsoft CEO Steve Ballmer and Christopher Hansen, a hedge fund manager, are heading a group that wants to move the Kings to basketball-hungry Seattle, which has been pining for an NBA franchise since the SuperSonics moved to Oklahoma City in 2008 and subsequently became the Thunder. The Washington-based group reportedly reached a tentative agreement in January to purchase a 65-percent stake in the Kings, and it has an approval from the city government to build a new arena in Seattle for the franchise, which would revive the Sonics name.

The rival bidders–led by Qualcomm CEO Paul Jacobs and Mark Mastrov, founder of the 24-Hour Fitness chain–made a similar offer and secured approval to build a new arena in Sacramento. Kevin Johnson, a former NBA star with the Phoenix Suns, currently is the mayor of Sacramento and a strong backer of the effort to keep the Kings in the city.

NBA team owners will begin a two-day meeting in New York tomorrow which will include a review of the bids for the Kings. NBA Commissioner David Stern said this week he does not expect a final decision to be reached at the owners’ meeting, an announcement that was greeted by disappointment in Seattle, which thought it had the edge in the bid for the Kings.

The Jacobs-Mastrov team may have a trump card in the form of Vivek Ranadive, a software entrepreneur from India.

Ranadive has attached himself to the Qualcomm CEO’s bid even though he currently is vice chairman of the Golden State Warriors, the NBA franchise in San Francisco. According to a report in The New York Times, Ranadive will give up his stake in the Warriors and become the “face” of the new Sacramento ownership if their bid succeeds. He has pledged to spearhead an aggressive effort to market the NBA in India.

Opening up a potential new market of more than 1.2 billion people could prove irresistible to the NBA owners. For more than a decade, the NBA has been steadfastly pursuing its dream of making basketball a global sport on a par with soccer. Several of the league’s biggest stars are now foreign-born players; interest in basketball has been growing throughout Europe, in China and even in Russia, where people in Moscow are familiar with the Brooklyn Nets’ new owner, Russian billionaire Mikhail Prokhorov.

Ranadive has pioneered special “Bollywood night” promotions during his stint with the Warriors. He is credited with helping the franchise sell a record number of season-ticket plans this year, in part due to a growing fan base of Indian émigrés. Ranadive told the Times that even if the bid to take over the Kings and keep them in Sacramento fails, he will continue to pursue his goal of making basketball “the No. 2 sport in India,” behind cricket.

Stern’s announcement that the NBA owners will take their time evaluating the two bids for the Kings appears to have erased any complacency the Seattle team may have had regarding their chances to win the franchise. According to press reports, the Ballmer-Hansen team has sweetened their offer by another $25 million to try to seal the deal.

Unlike college hoops, there’s no “possession arrow” in the NBA to determine who gets the ball when opposing players grab it at the same time. In this case, whoever jumps higher and faster will get the prize.