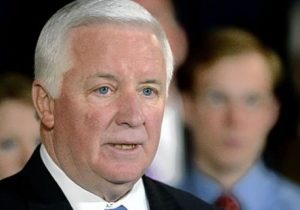 The Biotechnology Industry Organization (BIO) convention always is one of our favorite annual gatherings for its unique combination of economic development and science. Where else can you get an explanation from a state ED official about the mechanisms of an angel investor tax credit standing a few feet away from a microbiologist detailing an important breakthrough involving yeast cells?

Since we’ve attended the big BIO show for years, we noticed some subtle differences in this year’s confab, which wrapped up yesterday in Chicago.

It’s hard to ignore the fact that the show is getting smaller: some key state exhibitors as well as a significant number of attendees have taken it off their agendas. But while some states are dropping out, the international contingent keeps getting larger. A big new booth from Russia and a much larger presence from China were notable in Chicago (and we thank our Russian friends for installing the most comfortable couches on the show floor).

BIO also continues to be a magnet for some of our leading governors. Among the state chief executives we ran into trolling the show floor in Chicago were Missouri’s Jay Nixon (who was touting a big new deal with Monsanto), Wisconsin’s Scott Walker and Rick Perry of Texas. Gov. Perry landed on the front page of the Chicago Tribune when he suggested that Illinois businesses would be better off if they moved to the Lone Star State.

The main spotlight at BIO was reserved for Pennsylvania Gov. Tom Corbett, who was honored as BIO’s 2013 Governor of the Year in recognition of his commitment to strengthening the biotechnology and public health sectors.

Jim Greenwood, president and CEO of BIO, presented the award to Gov. Corbett, stating that his administration has “developed and promoted some of the industry’s best programs and standards, helping Pennsylvania stand tall among our nation’s greatest biotech hubs.”

“By enhancing the business environment to support the capital intensive processes of research and development as well as growing innovation companies facing significant start-up costs, Governor Corbett is creating an environment favorable to business and R&D. He’s positioning Pennsylvania as a valued leader within the industry,” Greenwood said.

“This recognition from the Biotechnology Industry Organization acknowledges the relentless effort my administration is putting forth to strengthen and further build the life sciences industry in Pennsylvania,” said Gov. Corbett. “By supporting initiatives that stimulate growth within the industry – from helping entrepreneurs quickly transform ideas into commercial products to supporting the establishment and expansion of biotech companies – we are ensuring the biotech economy will continue to grow and flourish in Pennsylvania. We are proud to continue to serve as a national leader of how to unlock the best of what the life sciences industry has to offer.”

“We at Pennsylvania Bio are thrilled that Governor Corbett’s efforts to help build a sustainable state-wide biotech community are being recognized by BIO,” said Chris Molineaux, President of Pennsylvania Bio.

“By assembling a task force of industry, academia, trade organizations and the legislature through the Life Sciences Leadership Advisory Council, Governor Corbett has shown his long-term commitment to implementing policies that enable organizations to obtain the resources required for establishing and building a strong biotech economy,” Molineaux added. “Additionally, the ‘Discovered in Pennsylvania, Developed in Pennsylvania’ program has helped local organizations establish and anchor their operations in the Commonwealth and his support for expanding access to capital has helped emerging firms make their novel advancements possible.”

Business Facilities congratulates Gov. Corbett for a job well done as BIO’s 2013 Governor of the Year.