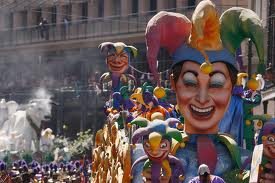 We’ve expended a lot of ink recently in this space talking about natural disasters and the new normal requiring us to rethink the way we approach disaster recovery.

As we reported last week, the talk about disaster preparedness is now focusing on the need to engineer our ongoing disaster recovery response with an eye toward future onslaughts. The U.S. has signed an agreement with Holland to coordinate such efforts to mitigate the impact of future natural disasters. The keynote address at Business Facilities annual LiveXchange event (May 19-21, Westin Stonebriar, Dallas, TX) will be delivered by John Copenhaver, the former FEMA director for the Southeast region of the U.S.  Copenhaver’s talk is entitled “Self-Reliance: The Key to Disaster Recovery.”

Enough of the gloom and doom. Today, we want to talk about an example of successful disaster recovery. In fact, it may be the best example of a major U.S. city rising from desolation and reclaiming its former glory since Chicago was rebuilt after the big fire in 1871.

In the hours after Hurricane Katrina swept into New Orleans in 2005, the initial reaction was one of relief. In terms of wind damage, the storm was not as powerful as it could have been. It came ashore diminished from the Category 3 levels it had generated in the middle of the Gulf of Mexico.

But then the levees failed. New Orleans, most of which sits below sea level in a bowl surrounded by coastal waters and Lake Ponchartrain, stood helpless as the water surged in. The collapse of New Orleans’  federal flood protection was the worst civil engineering disaster in American history. Floodwalls and levees constructed by the U.S. Army Corps Engineers failed below design specification and about 80 percent of the city flooded.

Trapped city residents soon congregated in the Louisiana Superdome, which quickly morphed from a football stadium into a squalid shelter. Clueless state and federal officials couldn’t figure out how to get drinking water and other necessities over to the Superdome, even though TV crews had made their way there to film the suffering and broadcast it around the planet. A man in a wheelchair died in front of the stadium, his lifeless body a symbol of a profound national disgrace.

When Katrina hit, New Orleans was home to more than 484,000 people. A year after Katrina, the population that remained in the Crescent City was estimated in July 2006 at barely 223,000.

Then the rebuilding began. In January 2007, the Army Corps of Engineers—after undertaking a study of the Delta Works levee system in the Netherlands—awarded a $150 million contract to a group of Dutch engineering companies for the evaluation, design and construction management of levees and floodwalls, special closure structures for protection of the communities adjacent to the Inner Harbor Navigation Canal, major pumping facilities and planning studies for improved levels of flood protection for New Orleans and southern Louisiana.

As important as the new flood protections are, the rebuilding of the human infrastructure of New Orleans was arguably a tougher task. But a city known for its vibrant spirit of optimism never doubted that New Orleans would rise again.

With a smartly diversified development strategy, the city boldly set out to attract new growth sectors like digital media and advanced manufacturing. It put out the welcome mat for entrepreneurs large and small. Harnessing the energy of its world-famous tourist destinations, New Orleans let everyone know that more than a great meal and fun time could be had in their town—it’s a great place to put down roots and start a new business.

New Orleans’ unique, historic, and architecturally significant housing stock, the city’s walkable mixed-use neighborhoods, and its high-quality open space and recreational opportunities are all factors that today are drawing migrants to New Orleans.

And so this week comes news that the Orleans Parish has registered the highest population grown among major U.S. urban cores.

These numbers reinforce the narrative that New Orleans is not only the economic and employment hub of the region, but that the city has also become a desirable destination for residents seeking a place rich with culture, a high quality of life, and opportunities to start and grow business.

As they say in NOLA: