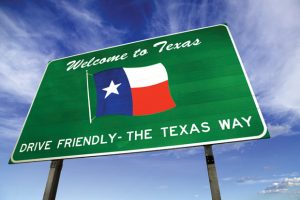 By Business Facilities Staff
From the January/February 2013 issue

It’s usually a tough task when we get down to parsing the particulars in making our annual determination of which state deserves to wear the crown as our State of the Year.

Well, the 2012 selection for our most prestigious honor made the job easy for us. Texas, a perennial front-runner for Business Facilities’ State of the Year designation, has reclaimed its position at the top of our annual list with a tour de force that vaulted the Lone Star State to the top of just about every credible business ranking out there, including those created by our competitors and the general business media.

The Lone Star State last took the BF State of the Year crown in 2007 and has placed no lower than second in the fierce competition for our highest honor in each of the last five years.

“Texas is our 2012 State of the Year because it without a doubt has the most dynamic economy of any state in the nation,” Business Facilities Editor in Chief Jack Rogers said. “The job-producing engine in the Lone Star State barely sputtered during the Great Recession, bouncing back over pre-Recession levels faster than anywhere else in the U.S.”

“As our friends in Texas like to remind us, if Texas was a separate country its economic vitality would rival most of the world’s leading economies and even give the U.S. a run for its money,” Rogers added.

We had more than an inkling that Texas would be angling for the top spot in our State of the Year contest when we tallied up the results in our annual State Rankings Report last summer. Texas was our top-ranked state in Best Business Climate; it also garnered the top spot in Best Transportation Infrastructure and Installed Wind Power Capacity Leaders.

A recitation of our other top-ten rankings for Texas in the 2012 Rankings Report reads like a table of contents: second in Wind Projects Under Construction (2012); third in Most Business Start-Ups; third in Aerospace/Defense Industry Leaders; third in Alternative Energy Industry Leaders; fifth in Biotechnology Strength Employment Leaders; fifth in our new Credit Quality category; sixth in Economic Growth Potential; ninth in Workforce Training Leaders; ninth in Installed Solar Power Capacity Leaders; and ninth in Best Business Tax Climate.

Texas cities and MSAs also filled the ranks of our 2012 Metro Rankings, with Odessa and Austin sharing the top spot in our two Economic Growth Potential rankings (based on population) and Houston taking first in Top 10 Manufacturing Cities. Dallas-Fort Worth also notched a fifth place in Lowest Cost of Doing Business, among other Texas localities that proliferated in our top 10 Metros.

And the recitation of Texas’ 2012 accomplishments won’t permit us to pause and catch our breath here: before the end of last year, Austin’s success in snaring Apple’s new Operations Center stepped up and claimed the Bronze Award in our 2012 Economic Development Deal of the Year competition.

If we had any doubts about who the consensus winner would be, these were erased when the time came to crunch the project data we review as the first step in our State of the Year decision. Texas easily outpaced the other contenders: the top five job-creating projects in Texas yielded nearly 9,000 new jobs, more than twice the nearest competitor, and the Lone Star State reported more than $13 billion in investment generated by the top five in terms of capital investment.

Texas was the first state in U.S. to bounce back to pre-Recession employment levels in 2011, while most of the rest of the country was still digging out of the deep economic trench. Without question, Texas’ natural supremacy in the oil and gas sector was the turbocharger that kept its jobs engine humming during tough times. But the folks in the 10-gallon hats are not content to rely on the ups and downs of the energy sector for sporadic growth.

Texas has executed a diverse and aggressive economic development strategy which has seen it become a global leader in semiconductors and a rising star in other high-tech growth sectors including bioscience, supported by a world-class university system. Apple’s new global Operations Center is bringing more than 3,600 new jobs to the state capital (see Bronze Award story).

The Lone Star State also has steadily built up an impressive portfolio in a resurgent manufacturing sector, including a growing constellation of automotive and heavy equipment production facilities. Even alternative energy has been given a big “Howdy” in the home of Big Oil—Texas is a national leader in wind power.

“Texas isn’t shy about incentivizing new business development,” Rogers said. “When you factor in traditionally low labor costs, strong infrastructure, a growing population and a stellar higher-education system, you have an unbeatable combination.”

States competing for BF’s coveted State of the Year designation are asked to submit a breakdown of their five largest projects of the year in terms of job creation and a second list of the top five in terms of capital investment. The project numbers are the starting point for an evaluation that also takes into account the state’s overall economic development strategy and its success in executing that strategy.

All of the leaders in the State of the Year competition were home to major projects that received honors in our 2012 Economic Development Deal of the Year contest.

Business Facilities congratulates Texas, our 2012 State of the Year, and all of the worthy runners-up.