For a company that could locate or expand anywhere, TWO MEN AND A TRUCK ® has chosen to expand its international headquarters where it all began, in Lansing, MI. The company has announced plans for expansion, creating 125 jobs locally, which will lead to the creation of 7,000 jobs nationally.

Michigan Gov. Rick Snyder, who relayed the State of Michigan and Michigan Economic Development Corporation’s level of support for the project, expressed his excitement to help support a Michigan-based company in its growth. LEAP packaged the deal of the state incentive of $355,000 from the MEDC matched by $5,000 from Delhi Township.

“LEAP is very pleased to package this deal on behalf of the region that enables the international headquarters of TWO MEN AND A TRUCK ® to expand its operations substantially right here,” said Bob Trezise, president and CEO of LEAP. “Adding 125 headquarter jobs and 7,000 jobs nationally, all emanating from a home-grown firm like this, again shows that the Lansing region is leading the state in economic development activity.”

TWO MEN AND A TRUCK ® CEO Brig Sorber declared his decision to keep the company’s headquarters in Lansing an easy one. It is the place he and his family have called home his entire life.

“Our roots are here and they are deep. I’m so proud to announce we will expand upon what we’ve already built.” Sorber adds, “With every passing day, the business climate in Michigan grows stronger and stronger, and I’m happy our company is part of that progress through the addition of more jobs to the Lansing area. We thank Gov. Snyder, the MEDC, LEAP and Delhi Township for their critical support and partnership during our decision making process.”

TWO MEN AND A TRUCK ® is investing $3.9 million in its new building over the next 18 months. The expansion announcement builds upon the momentum the company has recently enjoyed, growing more than 50% over the past three years in addition to the international growth the company has had since it started in 1981 with two men and a truck. 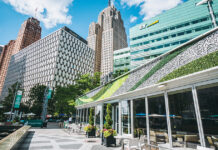 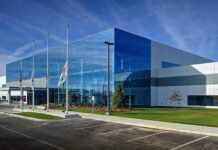 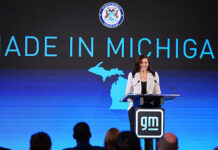