The Federal Reserve printed nearly $7 trillion in new money in the wake of the financial collapse of 2008.  This crisp new cash was poured into U.S. banks – and even a few overseas banking giants – to stabilize their hemorrhaging balance sheets. The recapitalization of the banks prevented the global financial system from going under and a second Great Depression was avoided, narrowly.

Of course not. They stashed the free moolah in their vaults, piled up billions in interest income and rewarded their top executives with bonuses tastefully reduced a few pennies from obscene pre-crash levels. They told us their hands were tied, that they had to sit on a $2-trillion mountain of liquidity while the economy sputtered and millions suffered because there was just too much “uncertainty” out there.  Then they skimmed a few million off the top of the pile and hired the best lobbyists money can buy and set them to work watering down the financial reforms enacted by Congress in 2010.

For four years, we’ve been waiting for a major financial institution to step forward and enlist in the battle to rebuild the American economy, to make the public interest in this challenging time a priority over the relentless accumulation of private equity.  We’ve been waiting for a big bank to become part of the solution instead of the nexus of the problem, to do the right thing.

The news from Alabama this week gives us hope that our wait is finally over.

In a formal partnership with Alabama’s state government, Regions Bank announced it has earmarked $1 billion in loans for the specific purpose of lending to companies and businesses that are adding jobs in Alabama, AL.com reports.

Regions’ new commitment is being called the Regions Economic Development Loan Pool. A dedicated team of Regions bankers will work with the Alabama Department of Commerce to identify development candidates that satisfy several criteria for ED loans: the business must either establish operations or already be located in Alabama, it must meet Regions Bank’s existing credit standards and it must have explicit plans to either expand or maintain its current number of employees.

Candidates already are stepping forward. Integrated Medical Systems International, Inc., a Birmingham-based surgical device management firm, plans to add 500 new jobs to its workforce of 1,100 by the end of the year. The company is aiming to double its 2012 revenues ($117 million) over the next five years. Regions Bank already has provided IMS with a $7-million loan to expand its facility – Wednesday’s announcement of the Regions Economic Development Loan Pool, attended by Birmingham Mayor William Bell and Gov. Robert Bentley, was held in a 55,000-square-foot part of that expansion.

“This loan pool will help us build on our job-creation efforts,” Gov. Bentley said, adding that smaller businesses are a key component of the state’s growth mission. “That’s where most of our jobs actually come from,” he said.

Grayson Hall, CEO of Regions Financial Corp. said the new Economic Development Loan Pool is an opportunity for Alabama’s largest bank to provide confidence to the businesses within its home state in a time of uncertainty.

“In many ways, 2013 is an excellent opportunity for businesses both large and small to grow for the long term,” he said. “What they need is a commitment of confidence and a commitment of capital.” Hall added that he hoped other banks would follow Regions’ path.

Indeed. We tip our hat to Regions Bank and the great state of Alabama, who have set a fine example worthy of replication by financial institutions and state governments across the nation. We know the proof of the pudding will be in the results – or lack of them – which follow, but we’ve got a strong feeling our friends down South are onto something important. Call it our “commitment of confidence.” 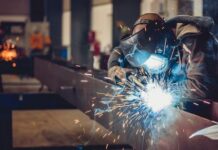 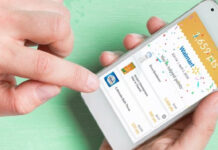 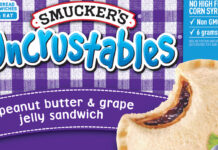