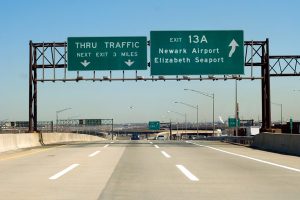 Joseph J. Sitt, CEO of Thor Equities is taking it upon himself to improve the infrastructure of New York City’s airports. In an effort to boost the perception of NYC in the minds of both visitors and prospective businesses, Sitt has established the Global Gateway Alliance.

Our airports are often the first and last impressions visitors have of our City and country, and every bad first impression has a direct impact on economic activity. In fact, it’s predicted that the New York metropolitan region could well face $79 billion in economic losses by 2025 if we don’t do something about the declining state of our airport infrastructure. Whether its congestion into and out of our airports, excessive flight delays, overly burdensome screening processes or poor maintenance of our air terminals, the results are still the same: lost revenue, lost income, and lost prestige for our business climate. It is evident that the challenges facing New York’s airports, if left unaddressed, are going to have major, long-term impacts on New York City’s business climate and our local economy.

The Global Gateway Alliance was established to tackle the challenges facing our airports and serve as the leading advocate in an effort to make them better. We hope you find this website informative and we hope that you will join our effort to ensure that New York has airport’s worthy of its reputation as a global gateway city.

According to a report by WNYC.org’s Alex Goldmark, Sitt has contributed $1 million of his personal fortune to get the initiative started. And his organization hopes to harness the expertise of key leaders in business, government, academia, labor and other sectors, to tackle the airport infrastructure challenges and facilitate the continued growth of the region.

Other Global Gateway Alliance board members include:

Goldmark notes that “the group will lobby all levels of government to invest more in infrastructure for air travel,” and that “the agency that runs NY airports concedes upgrades are needed.”