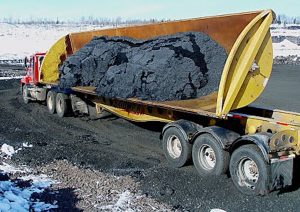 Magnetation, LLC, which recycles iron waste to produce valuable iron ore concentrate, announced plans to invest up to $350 million to build a new iron ore pellet plant in Reynolds, IN, creating approximately 100 new jobs by 2015. The new facility will produce high quality iron ore pellets, a critical raw material in the steelmaking process. The company anticipates breaking ground on the plant during the first quarter of 2013.

Magnetation will transport iron ore concentrate from its mineral recovery operations in northern Minnesota to its new Reynolds plant, which is expected to be operational by early 2015. The concentrate will be converted into high quality iron ore pellets for use by AK Steel Corporation.

“With convenient access to major railways and highways, Reynolds is an outstanding location for the company’s new pellet plant,” said Larry Lehtinen, chief executive officer of Magnetation. “We thank our local and state officials in Indiana for their ongoing support of our company, and we look forward to joining the Reynolds community in the very near future.”

The Indiana Economic Development Corporation offered MagPellet, LLC, a part of Magnetation, up to $1.5 million in conditional tax credits and up to $200,000 in training grants based on the company’s job creation plans. The Indiana Department of Transportation will also assist the community with improving rail service to the site. White County offered funds using revenues generated from the issuance of a tax increment financing (TIF) bond. NIPSCO has also offered the company $23 million in additional energy and infrastructure incentives as part of its continued efforts to support local economic development.

“This announcement is a huge shot in the arm for the local economy in Reynolds and White County,” said John Heimlich, president of the White County commissioners. “We are pleased that Magnetation has chosen to locate in the former VeraSun facility and look forward to a long and prosperous relationship with the company.”