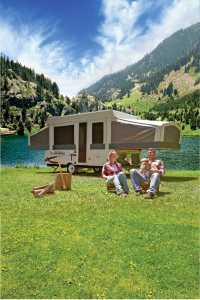 Jayco, Inc., a recreational vehicle developer and manufacturer, announced plans to expand its headquarters in Middlebury, IN. Jayco will invest $2.9 million to add a 77,000 square-foot extension to an existing 62,000 square-foot facility and expects to add 65 new jobs by 2015.

“Jobs announcements from RV manufacturing leaders like Jayco further prove that Elkhart County is coming back stronger than ever,” said Gov. Mitch Daniels. “Elkhart remains the RV capital of the world and is a major center of economic strength for Indiana thanks to our state’s enterprise-friendly policies and remarkably skilled workforce.”

Jayco, which currently employs more than 1,700 Hoosiers on its 373 acre-campus in Middlebury, plans to begin filling additional manufacturing positions this spring.

“Northern Indiana has been our primary base of operation since the company was founded in 1968,” said Wilbur Bontrager, chairman of the board and chief executive officer of Jayco. “We look forward to continuing to work with both state and local government to create jobs and to boost our company’s momentum.”

Founded in 1968 by Lloyd J. Bontrager in two chicken coops and a barn, Jayco has grown to become the third largest recreational vehicle manufacturer in the United States and Canada, selling to more than 500 dealers around the world. With the goal of being landfill free by 2015, Jayco recycled 5,438 tons of wood, 1,332 tons of scrap metal and 793 tons of cardboard last year.

The Indiana Economic Development Corporation (IEDC) offered Jayco, Inc. up to $775,000 in conditional tax credits based on the company’s job creation plans. These tax credits are performance based, meaning until Hoosiers are hired, the company is not eligible to claim incentives.

“This expansion of the Jayco facilities is a good sign of economic growth in our community,” said Mark Salee, town manager of Middlebury.