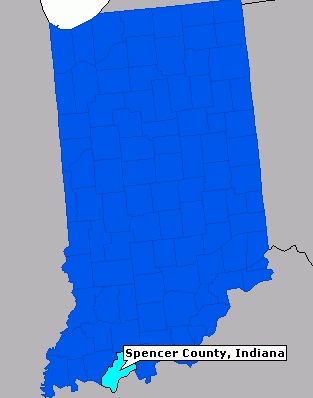 On September 26, 2012, executives from KBR announced that the global engineering, construction, and services company had been awarded a license and engineering contract by Ohio Valley Resources LLC (OVR) to execute a front-end engineering design (FEED) package to develop an EPC proposal for a new billion-dollar nitrogen fertilizer facility in Spencer County, IN. When the plant opens (tentatively scheduled for 2016), the facility will provide approximately 80 full-time jobs.

Plans call for the nitrogen fertilizer plant to be located on approximately 150 acres in Spencer County north of Rockport. Its location will allow convenient rail and highway access, as well as the potential for river access. Other competing sites in Kentucky are still being evaluated.

As global demand for nitrogen fertilizer has increased, the U.S. has become one of the world’s largest importers of this important commodity. The new ammonia plant for OVR will be the first entirely new facility of its type to be constructed in America by a U.S.-based firm in more than a quarter-century. Upon completion, the high-tech facility will produce approximately 2,420 tons per day of ammonia and 3,000 tons per day of urea ammonium nitrate (UAN) solution for fertilizer.

The project is made economically viable by a recent decrease in natural gas prices due to domestic shale gas development. It will feature state-of-the-art emission-control technologies that comply with current federal and state environmental regulations. KBR will also design the plant utilities and other supporting units for the facility.

According to Doug Wilson, President/CEO of Ohio Valley Resources, this project represents a major step forward in reviving domestic production of critical nitrogen fertilizer products to serve the Eastern Corn Belt. “Our goal is to restore jobs to the United States that have been lost for years by displacing imported sources of fertilizer products,” Wilson said. “We are excited that our new plant will help to stabilize the supply and price of nitrogen fertilizers to support the regional agricultural economy.”

“Not only will our new plant play a key role in boosting domestic agricultural production, but it will also provide a reliable source of emissions-control products to support a cleaner environment,” Wilson said. “This will all be done by American workers using domestic sources of low-cost natural gas.”