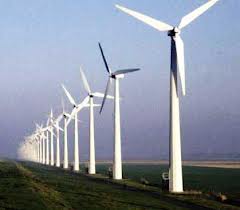 At its peak in 2009, the wind energy industry in the United States employed nearly 85,000 people.

According to the American Wind Energy Association, which tracks the industry’s numbers, almost 10,000 of those jobs have disappeared in the past two years. Weak demand for electricity due to the economic downturn, stiff competition from cheaper natural gas and increased dumping in the U.S. market of turbine components from Asia combined to take the wind out of the sails of the wind energy manufacturing sector.

The U.S. Congress may be about to make the problem worse.

While opinions differ about the success of the federal stimulus program, one element of the program without a doubt yielded highly positive results: federal tax credits totaling nearly $1 billion per year which leveled the playing field for renewables in their competition with other sources of electricity.

The federal credits were instrumental in building the manufacturing base for wind energy, which now includes a global turbine production hub in Iowa. Unfortunately, these tax breaks are set to expire on Dec. 31. A bipartisan coalition in Congress that materialized last year to extend the credits has disintegrated as our warring political parties have turned the issue into a political football during this year’s election season.

The news hasn’t been all bad for wind power proponents: In July, the U.S. Commerce Department imposed tariffs on steel turbine towers from China after finding that manufacturers there had been selling them in the U.S. for less than the cost of production.

The new dumping penalties may stem the migration of turbine manufacturing across the Pacific. But reversing the downward trend of employment in the U.S. turbine industry probably will need the shot in the arm that extended tax credits will provide, especially if the price of natural gas (currently at a record low of less than $3 per million BTUs) remains an energy bargain.

Until that happens, the largest source of new wind energy in the nation may be the gale coming out of the mouths of the windbags on the campaign trail.