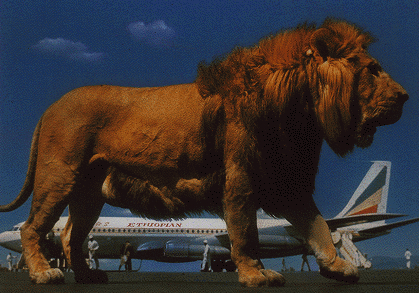 The new facility, dubbed ARK, will offer a state-of-the-art veterinary hospital, animal daycare services, and more efficient ways to transport animals worldwide, including exotic species. It will create 190 jobs, $12.3 million in wages, and $50.5 million in economic activity during the span of the project’s 20-year lease.

ARK Development LLC will take over the currently vacant Building 78 at JFK and 14.4 acres of ground area as part of a 20-year agreement in which the company will invest approximately $30 million in the 108,650 square-foot main center and another $2 million in a 63,515 square-foot cargo handling facility. The Port Authority anticipates receiving more than $108 million in rent over the lease term, consisting of fixed rent and revenue sharing percentage fees.

The center also will include a three-day equine quarantine area, dog, and cat kenneling and grooming services, an aviary, lawn space for exercising animals, and a veterinary hospital and rehabilitation center for horses and other large animals. There will be no animal testing done at the facility.

“The Port Authority is proud to partner with ARK to make air travel at JFK more humane for animals and convenient for pet owners,” said Port Authority Chairman David Samson. “ARK, our private sector partner, will invest $32 million that will result in a world class animal handling facility and establish a preeminent equine medical and surgical practice.”

“The Port Authority is continually striving to find innovative ways to meet its customers’ needs and this animal handling facility accomplishes that goal for the aviation sector,” said Vice Chair Scott Rechler. “The project also will turn this unused building back into a profitable operation that will earn the agency more than $100 million over the next two decades.”

“While most of our airport passengers walk on two legs, this new center will serve the important travel needs of our four-legged and winged friends, while helping to create regional jobs and significant revenue for the Port Authority,” said agency Executive Director Pat Foye. “This is another example of agency staff seeking new ways to meet niche markets and maintaining a leadership role in the aviation industry.”