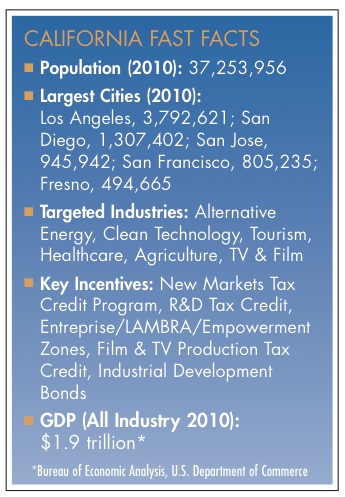 Gov. Jerry Brown has signed SB 1029, legislation which will create thousands of new jobs in California by modernizing regional transportation systems and linking them to the state’s future high-speed rail line. The $4.7 billion investment will be matched by an additional $7.9 billion in federal and local dollars for statewide improvements to transportation.

“By improving regional transportation systems, we are investing in the future of our state and making California a better place to live and work,” said Governor Brown.

One of the many infrastructure improvements funded by this legislation includes a two mile light rail connection that will be built in Southern California to link existing Metro transit and provide a one-seat ride to Union Station.

“California’s transit system cannot stagnate because the facts are unforgiving: 20 million additional residents by 2050,” said Senate protem Darrell Steinberg. “You can pave farmlands with new roads and blackout skies with airplanes but the air we breathe will be no better than a tailpipe. This project brings an infusion of energy into rural areas of high unemployment and provides relief for urban traffic gridlock. Most importantly, it’s an investment in California’s future.” 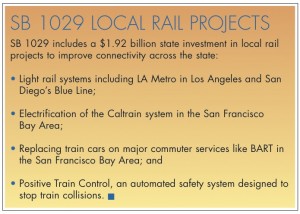 In 2013, construction of the initial segment of high-speed rail, joining Merced to the San Fernando Valley, will create around 20,000 full-time jobs annually.